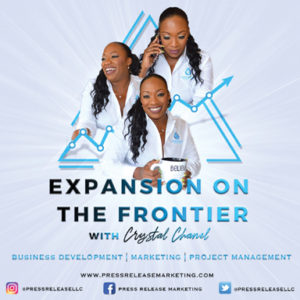 Expansion On The Frontier With Crystal Chanel

In celebration of Women’s History Month, as a tribute to the many talents of Emmy Award-winning actress and Pompano Beach native Esther Rolle, the original play Let the Good Times Rolle: The Life and Legacy of Esther Rolle at 100 was the first of its kind. Dubbed the first socially distanced drive-in, outdoor event, 4 Broward women had their BIG BOSS GIRL energy on full display. Held at the African-American Research Library and Cultural Center (AARLCC), located at 2650 Sistrunk Boulevard in Fort Lauderdale, Broward County attendees had a chance to enjoy the legendary story of Esther Rolle on the big stage while watching safely from their vehicles.

In an effort to ensure that the good times did roll, Makiba Foster planned a play production dedicated to honoring the life and legacy of Esther Rolle over a span of a few nights. The community shared flyers and videos on social media for months to show their excitement and involvement.

Erin Daniels worked endlessly designing graphics and animated content for the casts, directors, and writers to share with their social networks. Daniels is the creative genius behind most of the graphics released by AARLCC and should be saluted for her ability to produce eye catching marketing visuals time and time again.

Video Producer Denise Simmons with Simmons Productions was thrilled to capture the Let The Good Times Rolle; The life and Legacy Of Esther Rolle at 100 Virtual birthday Experience back in November 2020. Accordingly, we see Simmons intentionally using her voice and platform to highlight the legacy of Pompano born actress and activist, Esther Rolle.

To create a foundation upon which all of these would build, one of the Playwright Sarahca Petterson rose to the occasion when commissioned to write a play that would honor a community of writers and history lovers for generations to come. “I am about legacy building, telling the untold stories of Black Women and celebrating Queens, especially those that hail from small towns like me,” says Petterson.

“As a team member at AARLCC under the leadership of Makiba Foster, I wanted to enhance her vision and make it magical and larger than life. I wanted to change the game with real theatre outside!”, reports Belvit Jordan. Belvit Jordan’s eclectic energy for all things epic has been unparalleled with AARLCC since 2001 while working at the African-American Research Library and Cultural Center. Jordan is accredited for giving experiences to some of AARLCC most historical events and programs, like Grand Opening for the Library 2002, the Fifth Year Anniversary and Dr. Martin Luther King Jr. Hip-Hop Music Conference.

Makiba Foster, Erin Daniels Belvit Jordan, and Sarahca Petterson should be etched in Broward history and celebrated as the ladies that brought the Esther Rolle play to Historical Sistrunk. In this season, may we be reminded to accredit and acknowledge the achievements of our sheros. They make it possible to preserve Black women history on and off the stage.

Once again mainstream media fails to tell our story accurately. They are failing to highlight the peaceful protests & vigils being held across the country to honor George Floyd. Subsequently, they are failing to account for how these peaceful protests are continuously becoming more and more violent as night falls. I am challenging media outlets to show the connection between these protests and how it relates to police brutality & systemic racism that has been in place since 1863 when slavery “abolished.” […]

Round of Applause This Women’s History Month For Hosanna 4 Youth Founder, Angine Moss, Who Continues to Serve Victims of Sexual Crimes, even more, Post Pandemic.

As rich as Black community culture is, we often miss the opportunities to shine a light on sexual crimes and exploitation that plague our communities. This Women’s History Month, we are celebrating and shining a light on community Shero and Founder of Hosanna 4 Youth, Angine Moss. Hosanna 4 Youth is a 501 c (3) non-profit organization that offers programs, community outreach and fundraising to provide support for victims of molestation, incest, rape, sex trafficking and domestic violence. According to Rainn.org, “Of the sexual abuse cases reported to law enforcement, 93% juvenile victims knew the perpetrator, specifically, 59% were acquaintances, 34% were family members and seven percent were strangers to the victim. […]