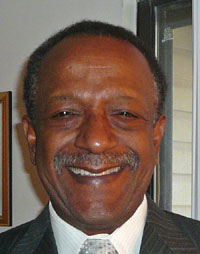 At a press conference following their one-on-one talk with no known media there to tell what was discussed, Trump threw America’s law enforcement and intelligence agencies under the bus by suggesting the CIA, FBI, NSI and Special Prosecutor Robert Mueller were wrong about Russian meddling in US elections and Putin, a former KGB agent, or Russian spy, was correct in his denial that Russian did anything wrong or criminal.

Well, there is no reason to doubt that Russia did all they could to influence Americans to vote for a political fool and vote against Hillary Clinton, who is no political hero herself.

There should be no doubt because Putin was asked directly, “Did you want Donald Trump to be elected as President of the United States and did you use government resources to accomplish your desired goal?”

I paraphrased the question but Putin’s answer was clear, “Yes I did!”

If Putin and Trump are bad, United States Congressional Republicans are worst!

Congress has oversight responsibilities regarding Presidential misconduct and most Republican House members and Senators are not nearly as outraged as the masses of Americans the Republicans were elected to represent!

If Fox News can complain about Trump’s decision to attack American allies and suck up to enemies, adversaries and competitors and most local, state and national members of the Republican Party remain silent something is wrong!

The boot-licking, handkerchief head Black Republicans called a recent press conference to attack and demean Black Congresswoman Maxine Waters but they haven’t said a mumbling word about Putin’s puppet; they are not only a disgrace to their Party, they are traitors to their race!

Fundamental Christians need to pray for themselves more than they pray for their modern day wicked Pharaoh!

What kind of Christians continue to endorse and support a Presidential liar, cheater, adulterous and possible political criminal?

Don’t worry about so called “fake news”, beware of fake preachers, pastors, imams and priests that encourage you to love and vote for political devils!

Good always prevails over evil but sometimes good people have to fight for the good!

You don’t need to ask Trump if he colluded with Russians to become President of the United States, ask Vladimir Putin if he worked to elect Trump.

And Putin’s answer will be, “Yes I did!”

The NAACP announced that the group has filed a lawsuit against President Donald Trump, the U.S. Census Bureau and Secretary of Commerce Wilbur Ross, “to combat the imminent threat that the 2020 Census will substantially undercount African Americans and other people of color in communities throughout the United States,” a press release about the lawsuit said.