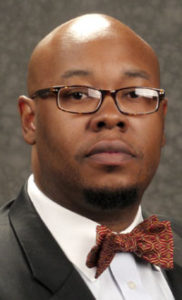 The next leader of Palm Beach County’s public school system will be Florida A&M University (FAMU) alumnus Donald Fennoy. This is the first time an African-American will hold the position of superintendent for the South Florida county.

A self-described military “brat” who grew up moving from state to state and lived for a time in England, Fennoy graduated in 1999 from Florida A&M University and began his educational career as a third-grade reading teacher in an Orlando public school.

After five years in elementary and middle schools he was promoted to assistant principal, then was tapped in 2006 to be a high school principal in Charlotte, N.C.

He spent four years in that role before leaving public schools to lead a Maryland nonprofit that trained school leaders. He returned to public education when the current Palm Beach County superintendent Robert Avossa, Ph.D., tapped him to be an area superintendent in Fulton County’s public school  system.