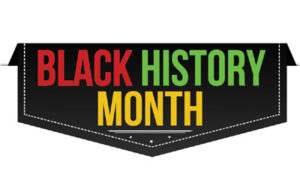 For 2021, we’ve seen the premier of some extraordinary films. Not to mention being on the heels of 2020’ s much talked about film “Black Ma Rainey’s Bottom”, which starred the late Chadwhick Boseman, and “The Black Meryl Streep’’ Viola Davis as Ma Rainey. We’ve seen a few of these films at the Westside Gazette, and we know it’s early, but it’s Black History Month, so we would like to give our views.

“One Night In Miami” (Amazon Prime) debuted in January and it was directed by Academy Award winner Regina King. Almost anything King touches turns to gold; ONIM is no different. The movie highlights four legends: Jim Brown, Malcolm X, Sam Cooke, and Muhammad Ali as they debate life and Blackness in Miami on February 25th, 1964.

It is not normal that you have a cast of legends on screen at the same time, much less four strong Black figures on screen without them being seen as slaves or shooting someone as the villain. ONIM showed several sides to each character, with special emphasis on their early impact on Black culture. Although all of them have important stories, nobody seemed more tortured than Sam Cooke.

During several scenes, Malcolm X was seen challenging Cooke on how “Black” he was and why he does not sing protest songs. All in all, the production was well received. It received 98% on rotten tomatoes and King and Leslie Odom Jr.(Cooke) are nominated for Golden Globes.

Malcolm and Marie (Netflix) was another movie that was released to much fanfare. The movie stars recent Emmy Award winning actress Zendaya and Denzel Washington’s son John David Washington as the title characters.

First off, the film was mainly in black and white, which is not a feature used a lot in cinema. Most of the movie takes place in one location, and they pretty much argue and make up with little to no costume changes.

M&M shows the real interaction between a couple when one is upset or feeling unappreciated. Both actors held their own, but it was Washington’s performance that caught everybody’s attention. He is the true definition of “chip off the old block”. According to reports, the movie was filmed, produced, and written during the pandemic. 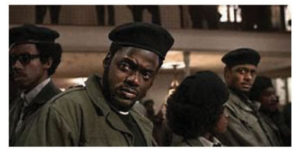 Judas and the Black Messiah (MACRO)is a film about the notorious Black Panther Party and its leader Fred Hampton. This is not one of those movies that takes off during the second half. This movie starts off with a bang. I will not give too much of the movie away, but it pretty much deals with William O’Neal who was an informant of the FBI while being an active member of the Panther party. Daniel Kaluuya plays the lead as Hampton and it also features a very strong

“Judas and the Black Messiah” is my favorite movie thus far, but the movies this year have all been good. I haven’t been interested in movies in a really long time”, said Tye King, upcoming rapper and creative artist of Palm Beach. “Black people are being portrayed accurately; a few years ago a lot of the same stories were being told. With movies like One Night in Miami and Judas and the Black Messiah, it seems like we are winning in the cinematic arena again.”

There are more movies coming up in the next month that will blow you away. Jazz fans and vocalists alike are anxiously waiting on “The United States vs Billie Holiday” to be released at the end of this month. The film stars multi-talented vocalist Andra Day in her first role.

Another highly anticipated film will be the second installation of the “Coming to America” film, which stars comic legend Eddie Murphy and former talk show king Aresenio Hall. It’s been  been over 30 years since we’ve seen Prince Akeem Joffer. We got a lot of catching up to do.

Black Films: Are They Here To Stay?