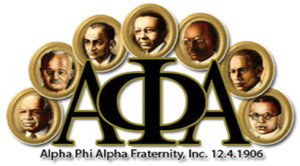 December 4, 2016 marks the 110 anniversary of the first Black fraternity or sorority. This was a seminal event at that time for America. This was the midpoint of the Jim Crow era. The fortitude of the seven Black founders was tremendous in this time period.

Order Alprazolam Next Day Delivery It happened in upstate New York at Cornell University. This part of the nation was more liberal.  Still, there was racially motivated “push – back” from their Caucasian peer fraternities. The tenacity of these young 20 something young men should not be ignored. As the first ever Black fraternity, they, like Jackie Robinson, broke the “Greek” color line. This included enduring racial slurs and insults.  Like Jackie did in baseball, they had to hold their head up with class and dignity.

Xanax Online Sweden Not to be excluded are the many Alpha members that left a global impact: Dr. Martin Luther King Jr., Thurgood Marshal, Adam Clayton Powell, Duke Ellington, Lionel Ritchie and Frederick Douglas. That is an abbreviated list of Alpha luminaries.

There is no debate that this group of young men took a bold step to help shape Black America.

http://audiodescription.co.uk/training/refresher-training/ Alpha Phi Alpha Fraternity, Inc., gathered at the Lauderdale Lakes Educational and Cultural Center to celebrate the 107 years of “Service, Scholarship, Leadership, Brotherhood and Love for All Mankind’. […]