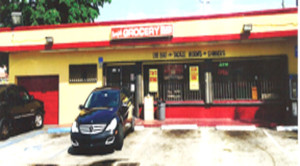 Can You Buy Xanax In Uk Can You Buy Xanax In Uk If there’s one thing Black folks learned about life during the days of segregation in the “Jim Crow” South, it was that hard work and self-reliance were the common denominators required in order to survive. There were no Costco’s or Wal-Marts where folks could stock up on grocery items; most people relied on living off the land to meet their needs.

http://bandarbaju.com/tag/toko-baju-koko-anak-di-bandung http://bandarbaju.com/tag/toko-baju-koko-anak-di-bandung For Mozell Broomfield and her nine other siblings, it was no different. Her parents were on the low end of the food chain in the world of agriculture, moving from place to place, wherever the seasons dictated. Mozell’s family eked out a living as migrant farm workers instilled by a strong Christian work ethic like so many others of that time.

The man she met was Lloyd Broomfield, a native of Jamaica who was also living in New Jersey at the time.

In 1990, when Mozell Broomfield opened Broomfield Grocery, a corner store located at 751 N.W. 22 Rd., she had no previous experience in running a business. She relied on what she had learned as a junior college business student along with the assistance of a local bank’s community outreach program which provided financial assistance for small minority owned business startups. She will be the first to tell you she also relied on, “a whole lot of faith in God.”

Alprazolam Buy Cheap Alprazolam Buy Cheap “I took advantage of the program and also studied business at Broward Community College. With a $100,000 loan from the bank, I was able to purchase the two lots and build the store from the ground up, right where  our store is located today,” said Broomfield.

Purchase Alprazolam 2Mg Purchase Alprazolam 2Mg They also agree that it takes plenty of hard work to continue running the store which has had to adapt to the changes that the neighborhood has undergone, leaving them with the challenge of keeping up with a supply which meets the demands of the store’s customers  which also has changed.

He’ll be the first one to admit that he’s made his share of mistakes along the way but through trial and error and his ability to adapt, he’s been able to keep the doors open and his business flowing and that means keeping his customers satisfied.

It’s obvious where Mozell Broomfield’s son Bernard, get’s his business savvy from. Although he’s still in charge of the store’s day to day operation, he still relies on some motherly advice from time to time.

1ecf875048301fbb1a3add29db34f534 1ecf875048301fbb1a3add29db34f534 As for now the store still offers a variety of grocery items and staples such as canned goods and household items. Bernard has opened up a thriving bait and tackle business complete with live fresh and saltwater bait, worms, and tackle. The store is open 24 hours, seven days a week.

Bernard has become quite a savvy businessman over the years, learning to diversify as a wholesaler as well as retailer. He even now provides products to other stores.