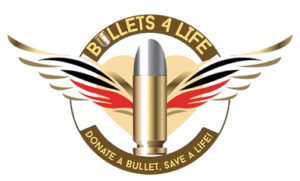 Susan Kennedy decided to do something about the senseless gun violence, which is occurring in South Florida by establishing Bullets4Life, a non-profit organization, to  educate the public and help families affected by gun violence.

Susan Kennedy has worked and lived in South Florida for the last 20 years and is the mother of three sons. Kennedy was born in Georgetown, Guyana and grew up in Brooklyn, New York.

Kennedy is the founder and President of Bullets4Life, a  501c3 Non-profit organization, which was established to educate the public and help families affected by gun violence.

Up until then she led a pretty normal life as a personal stylist at the upscale retailer, Nordstrom in Aventura. While at Nordstrom, Kennedy earned the distinction as an Allstar and a million-dollar salesperson.

Eventually Kennedy made a decision that would not only change her life but the lives of other South Floridians when she decided to do what she felt called to do. And in so doing, her life took on new meaning.

In 2016 after the senseless and tragic death of 6-year-old King Carter by a stray bullet in South Florida, Kennedy was unable to live a normal life, when innocent children are being killed in front of their homes.  Although it wasn’t her son, Susan was deeply disturbed over this precious loss, as a mother of three boys herself.  This tragic event activated her purpose while triggering her passion.

That same year, 2016, Bullets4Life was born.  Susan, along with a few volunteers, hit the streets asking each individual from the community to donate one bullet, raising awareness that every life is worth more than a bullet on a mission to shift mindsets and change hearts, one bullet at a time.

Every bullet is repurposed with a purpose in honor of a life lost by senseless gun violence; allowing only community children to glue the brass tip of the bullet. Each bullet is then referred to as the “Mirror of Life.”

Deacon David Wright of the New Mount Olive Baptist Church supports Kennedy’s efforts and recommended that others join in doing so also.

“I first met Susan about a year ago at the Florida Business Women Conference through her sister Shon,  who spoke very highly about what her sister was doing.”

“That sparked my interest, and after hearing Susan’s presentation, I was sold. Her passion and spirit filled vision for this project “Bullets 4 Life” is very much needed. The mothers and families the program support is priceless, not to mention the therapeutic value the bracelets offer which can help with the healing process and bring awareness to this great cause.”

“I personally have three bracelets, and I encourage everyone to do their part and get your bracelets and support Bullets 4 Life!” added Deacon Wright.

Through her work, Susan hopes to only reflect life back into our communities across the United States of America, helping to significantly impact the alarming rate of senseless gun violence incidents. So far Bullers4Life Chapters have been established in Chicago, New Jersey and Atlanta.

Ms. Kennedy shared her thoughts regarding her mission to help curb gun violence in South Florida, with the Westside Gazette Newspaper.

(Q.)  Who Have Been Your Greatest Supporters/ Please Acknowledge Those Who Have Come To Your Aid?

(A.) “My biggest supporter has been my mom. After losing everything including my home, my mom moved me into her home and created a space where I can design our accessories. She also allowed families affected to come to our home for healing as I teach them how to dismantle bullets and repurposed the bullets into accessories to save lives while honoring their love ones. In addition, group call Moms Demand Action from Broward also been our biggest supporters these women stand has made donations and spread the word of this movement throughout Broward.”

“We also have politicians and celebrities that wear our accessories to bring awareness to this movement. Our biggest voice and most influential person have been Congressional Speaker of the United States House of Representatives Nancy Pelosi. She has spread the love of the movement everywhere she goes. South Florida’s very own Congresswoman Frederika Wilson, introduced Nancy to our movement when she gifted her one of our Bullets4Life, bullet proof bracelets.”

Our biggest voice and influential person of America is Nancy Pelosi she has spread the love of the movement everywhere she goes. Thanks to Congresswoman Frederika Wilson who introduced Nancy to our movement when she gifted her one of our Bullet proof bracelets.

We are a non-profit organization that is not only saving lives but, showing love one Bullet at a time. We pay bills for families, buy food, sponsor school trips, and so much more. We are there for the aftermath when everyone else is gone.

We need to be able to raise enough funds to continue this movement that is bringing about change in  communities throughout the nation.