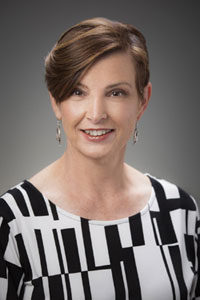 In the United States today, many cities print newspapers in diverse languages for other racial and ethnic groups. Reading news stories written by journalists, reporters, and columnists from your own background gives opportunity to view events through your own cultural lens.

National Newspapers Publishers Association (NNPA) is a trade association of 200 regional and local newspapers African American-owned community newspapers in the United States. Founded 75 years ago, NNPA has promoted the voices of citizens in Black communities. www.nnpa.org.

BlackPressUSA.com is the public news website of the National Newspaper Publishers Association (NNPA). “The Black Press believes that America can best lead the world away from racial and national antagonisms when it accords to every person, regardless of race, color or creed, full human and legal rights. Hating no person, the Black Press strives to help every person in the firm belief that all are hurt as long as anyone is held back.” www.blackpressusa.com.

“To African Americans, oppressed, silenced, and long denied the opportunity to publish their views in most white newspapers, the appearance of Freedom’s Journal in 1827 must indeed have appeared like the outset of a storm,” declared Bacon.

The Black Press: Soldiers Without Swords (a film by Stanley Nelson) documents the history of many newspapers founded by and for African Americans, beginning with Freedom’s Journal and proceeding through the contemporary era. www.pbs.org/ blackpress/film/index.html.

For a list of current Black newspapers, visit www.blacknews

Martin Luther King Jr. Day is an official USA holiday observed with community events to honor Martin Luther King, Jr. on “MLK Day”—celebrated on Monday, January 21, 2019. The life of the Nobel Peace Prize winner and civil rights leader continues to inspire humans on the planet with his message of non-violence and equal rights for all. Peruse Black newspapers to learn more.

President Gerald Ford decreed Black History Month a national observance in 1976. It’s celebrated every February. Presidents have issued national decrees with each year’s theme since the 1970s. The theme for 2019 is “Black Migrations.” Read past and current Black newspapers. The African American orator, reformer, and abolitionist Frederick Douglass was born in February as well.

Why do Caucasian children, adolescents, and adults need to be exposed to diverse newspapers? America is full of people and we need to learn about different races, nationalities, cultures, languages, customs, and beliefs. Exploring newspapers that explore, recognize, and celebrate human diversity and multiculturalism may teach us to embrace and embody fairness, equality, and justice for all as well as promote empathy for marginalized minorities. I encourage Caucasians to read Black newspapers.

“Whatever white people do not know about Negroes reveals, precisely and inexorably, what they do not know about themselves,” penned James Baldwin (Letter from a Region in My Mind: Reflections, November 17, 1962 Issue).

WNET has announced the television premiere of Pioneers: Reginald F. Lewis and the Making of a Billion Dollar Empire. The documentary chronicles the life and legacy of business pioneer, philanthropist and titan Reginald F. Lewis. Lewis, […]