Keynote speaker Vincent Viola, philanthropist and owner of the Florida Panthers, wows the audience with a gift of $500K to UNCF’s mission in Florida. 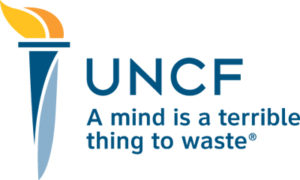 Mr. Viola is currently the Chairman Emeritus of Virtu Financial, one of the nation’s foremost provider of financial technology products and services. He began his career in the financial services industry on the floor of the New York Mercantile Exchange and rose to be Vice Chairman (1993-1996) and Chairman (2001-2004). Viola is also the founder and largest stockholder in Independent Bank Group, Inc, a community banking chain headquartered in McKinney, Texas that he founded in 1989. In 2009, he was inducted into the Futures Industry Association Hall of Fame.

The event was a celebration of the educational mission of UNCF and highlighted the achievements of Broward County’s current and futures collegiate scholars. The event kicked off with the recognition of America with the Colors presented by Hallandale High School JROTC led by Senior Army Instructor Chief Ludzen Thelusma, followed by an extraordinary performance by the Dillard High School Jazz Ensemble, under the direction of Christopher Dorsey. Event Co-chairs Dale V.C. Holness, newly elected Mayor of Broward County and John M. Camillo, Esq., President and CEO, Yellow Cab Broward County, welcomed an audience that can be best described as a “Who’s Who” of Broward County’s electorate for the 19th Anniversary of the Leader’s Luncheon.  Among the many highlights of the day – the Superintendent of Broward County Public Schools, Robert Runcie gave a superbly academic and inspiring address about all the exciting achievements occurring in the local school system and also spoke about how his students are engaged and concerned with the “big problems” of the 21st century – issues of racial, gender, and sexual orientation discrimination as well as climate change and civic engagement. Florida Memorial University (FMU), Bahamian Student Association representative and UNCF scholar, Brea Rolle, gave a poignant testimony about the ongoing struggles of the nearly 200 FMU Bahamian students still struggling from the impact of Hurricane Dorian.  And urged the audience to continue to support UNCF as the organization is actively involved in raising funds for the remaining $340,000 in tuition & fees needed to help these students to continue their college education.

The event closed out a yearlong 75th anniversary celebration of UNCF in South Florida and nationally.  UNCF has helped more than half a million students earn college degrees and is the largest and most effective minority education organization in the United States. UNCF also actively supports 37 private Historically Black Colleges and Universities (HBCUs) and advocates for minority higher education.

UNCF-member institutions Florida Memorial University, Edward Waters College and Bethune-Cookman University are among the Florida HBCUs that contribute almost 8,000 jobs, $833 million in economic impact and $8.6 billion in lifetime earnings for Florida HBCU graduates, according to a landmark study commissioned by UNCF.

“By supporting this event, community partners like the Florida Panthers and Mr. Viola have truly made an indelible statement about their dedication to making sure that deserving students – regardless of race, creed, class or color have an opportunity to acquire the benefits of a higher education,” said Mayor Holness.  “By investing in UNCF, we have an opportunity to touch the future, and to support deserving minority students that merely seek an opportunity for a better life.”

The Fort Lauderdale Leader’s Luncheon was made possible because of the commitment of UNCF sponsors, including AT&T, Wells Fargo, Jesse Gaddis Family Foundation, City of Miramar and Florida Panthers Foundation.