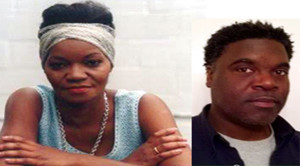 Cinderella is a classic fairytale that never gets old but when Brooklyn playwright Kenike Miche took a closer look at the characters, she was moved to tell a story all her own with a modern twist. As an advocate of education and dedicating 32 years within the public school system, Kenike recently retired as an Assistant Superintendent. Her love of the arts and compassionate heart moved her to rewrite the classic tale into a riveting faith based stage play, which she calls Cindy’s Spirit.

Kenike has a passion to bring awareness to everyday societal issues that occur in and outside of the household. As an educator, Kenike was exposed to students who experienced bullying, domestic violence, sibling rivalry, abandonment and more.

What Kenike didn’t realize was how closely life imitated art, even within the cast of Cindy’s Spirit. After hiring the actors and the team that brought her vision to life, several cast members and even her costume designer shared heart-wrenching stories of bullying, domestic violence and how they, too, found solace and healing in God.

“When I began writing Cindy’s Spirit, I wanted to use my voice to share the stories I heard from the students I serviced as a mentor, a listener, and shoulder to cry on. I wanted to show that with faith in God and love, you can get through anything. I didn’t realize that my youngest cast member experienced severe bullying.

I didn’t know that one of the cast members grew up in a household being abused by his father and watching his mother get beat. I didn’t know my costume designer almost lost her life at the hands of her boy-friend’s abuse. Domestic Violence and Bullying are rampant epidemics and I hope to heal those who are broken through the testimonies of each character,” says Kenike.

We sat down with a few cast members and the set costume designer, who all shared their stories with the Westside Gazette. Dejenae Autry, who plays Miranda (one of Cindy’s step sisters), told us how bullying affected her. “At just 15-years-old, I have been through a lot. When I was 11, I entered middle school and I was never materialistic. I wanted to go to school and learn and wore what I liked but there were a group of kids who tormented me because I didn’t fit in. It got so bad that I had to transfer schools and it ruined my self-esteem but I am working on that.”

Dejenae said that she uses music, poetry and acting as an outlet. “People don’t realize how much damage they do to others when they bully them. If it wasn’t for music, acting, poetry, and God, I don’t know where I would be. Now, I try to be sensitive to others and stand up for what’s right. I know what it feels like to not have anyone to turn to. When I was being bullied, I didn’t even tell my mom because I was scared. I am now a voice for the underdog,” she says.

Ignatius Hines is cast as Arnold, Cindy’s father. A very mild-mannered man, he too, can relate to some of the themes in Cindy’s Spirit. “I know what it’s like to grow up in a dysfunctional and violent house-hold,” says Ignatius. “My father was abusive to me and my mot-her. I couldn’t stand his temper and sadly enough, as much as I was disgusted by his behavior, I grew up and emulated it.

Subconsciously, I didn’t realize how much it affected me but when that’s your only role model, you mimic what you learn.” Ignatius was very ho-nest in sharing his personal trials and tribulations.

“I left home to go to college but the trauma remained with me. I still speak very fast and stutter at times. That’s a direct effect from growing up in a violent household. I had to get individual counseling for my own anger issues. I also used my faith in God and my artistic endeavors to get me through.” Ignatius has worked in the public school system for 21 years and is a Music Therapist for elementary students in Special Education.

eLorraine, the Costume De-signer for Cindy’s Spirit, also shared her personal relationship to the characters. She relates a lot to the main character, Cindy played by Shantel Hubbard. In Cindy’s Spirit, Cindy is physically and verbally abused by her Stepmother, played by Toy Leslie.

eLorraine was the victim of her biological mother’s abuse. “My mother was jealous of the attention my father gave me. I was a Daddy’s girl and she felt that he paid me too much attention and so, she would take her anger out on me.

“I left home at an early age but fell victim to domestic violence. I was living with my boyfriend and he nearly killed me. I was only 17- years-old at the time but he nearly killed me. He would beat me and almost choked me to death and I dealt with that for about two years. It was only God who delivered me from those circumstances.”

eLorraine strongly believes that it was the power of God that saved her. She was able to recover and build a career in the fashion industry for herself. “A lot of young girls don’t feel like they have a way out, but they do. People need to know that they are not alone. They need access to resources and in-formation,” she continues.

Cindy’s Spirit is a Christian based fairytale and showcases the resolve between a husband and wife, mother and child and delves into the power of forgiveness. It depicts everyday characters in a light-hearted and comedic way yet with real struggles. Each character was uniquely written with his and her own stories to tell and Ke-nike Miche tells her own story through the character of the Prince, played by VipexFeetz.

“Growing up, I had every-thing but felt empty and unfulfilled. I had a great career and all the material things one could ask for but something was missing. It was love and God. I can relate to the Prince, in Cindy’s Spirit.” It is her hope that each audience member finds a voice in the characters and Cindy’s Spirit will serve as a source of inspiration and love for all.

Cindy’s Spirit has already received rave reviews in Brooklyn, N.Y .and Atlanta, Ga. and now playwright Kenike Miche will bring this exhilarating tale to the Pompano Beach area at Emma Lou Civic Center on Oct. 3, 2015 at 3 p.m. and 7 p.m. Tickets are $25 can be purchased online at gottalovecindy.eventbrite.com.

Former First Lady Michelle Obama’s book Becoming, which sold over 1.4 million copies in its first week of release, has inspired many Black women all over the world. Having been inspired by the book herself, Lauren Christine Mims, a former assistant director of the White House Initiative on Educational Excellence for African Americans, chose Becoming to be a curriculum for Black girls to enhance their learning and development. […]

She’s set to launch a fashion label with French luxury goods group Moët Hennessy Louis Vuitton (LVMH), making her the first woman and first woman of color to lead a house under the LVMH brand. […]