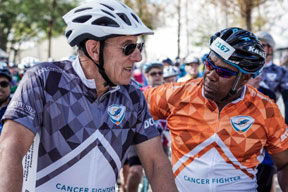 MIAMI, FL – The Miami Dolphins capped another successful Dolphins Cancer Challenge (DCC) today. The event is the NFL’s single largest fundraiser. The seventh edition of this annual community endeavor boasted more than 4,000 cancer fighters who biked, ran, walked and volunteered throughout all of South Florida with a goal to tackle cancer. The event culminated with a Concert Celebration at the stadium on the Hard Rock Stage by multiplatinum musicians the Counting Crows.

“We’re proud to have our largest turnout of participants in our seven-year history. The more fundraisers we have, the larger the donation to Sylvester Comprehensive Cancer Center for vital cancer research,” Miami Dolphins Senior Vice President & Executive Director of the Dolphins Cancer Challenge Jennifer Jehn said. “Today was a reflection of the Dolphins’ commitment to being a community steward. It is a pillar of our organization and with the community’s support – we’re making a difference.” 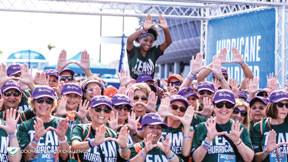 “We are so grateful and would like to thank everyone who participated in the DCC today,” Sylvester Comprehensive Cancer Center Director Stephen D. Nimer, M.D., said. “It was inspiring to see so many people gather together to raise money for cancer research at Sylvester. Friends and families were cycling, running, walking or volunteering so we can make a difference in the lives of cancer patients. With the funds raised at the DCC, we will continue to grow our research programs and translate new discoveries into personalized cancer treatments as quickly as possible. Our partnership with the Miami Dolphins enables us to do great things for the community now and in the future. We are forever thankful to the leadership of the DCC and everyone involved in it.” 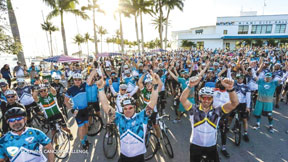 The Dolphins Cancer Challenge will donate 100 percent of the participant-raised funds to innovative cancer research at Sylvester.

The event concluded at Hard Rock Stadium and culminated with a Concert Celebration on the Hard Rock Stage by multiplatinum musicians the Counting Crows performing in front of a crowd of more than 5,000.

The Dolphins Cancer Challenge will continue raising funds for cancer research with its second annual DCC Celebrity Golf Tournament on April 21, 2017. The tournament is another change for cancer fighters to golf and interact with athletes and other celebrity guests. One hundred percent of the funds raised from the golf tournament will benefit Sylvester.

If you thought that the Miami Dolphins were going to lay down for the rest of the season, you thought wrong. After last week’s 38-6 shellacking to the Baltimore Ravens, the Dolphins managed to bounce […]

Disappointment. That wasn’t the theme for the season for the Miami Dolphins season, but it seems that we’ve all been disappointed by this team’s performance on the field. However, even though this team has disappointed […]