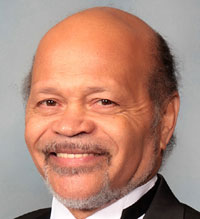 Donald Trumps and other false gods

His campaign victory was their “Palm Sunday.”  He was their savior, their “Messiah,” if you will.  They had thronged to the places where he spoke, cheering.  They chanted his liturgies of hate and division in unison, while the most zealous among them styled themselves as Christian soldiers and physically attacked those who disputed the Trump orthodoxy.

Those of us to whom the clay feet of this false god were clearly visible were dumbfounded by the willingness of people who professed such strongly held socially conservative views to vigorously support a man whose life was lived in complete antithesis to those beliefs.

A serial-philander, twice-divorced Trump cheated on wives number one and two with women who would become wives number two and three.  The woman whom he made the nation’s First Lady has been splayed in photographs in various stages of undress that would have brought howls of indignation from critics of Michelle Obama exposing her bare arms.  A misogynist, compulsive liar and all-around cad, Trump warmed the hearts of self-professed Christians.

Having had time to collectively regain our breath after the devastating blow of Trump’s November victory, sane Americans realize that for many, this election was a referendum on race, not morals or values.  And the message was simple:

“All that is good about America is white.”

In effect, a vote for Trump was a stroke in the effort to re-establish “whiteness” as the only American narrative. The Christian subtext of the “moral majority,” the “religious right” and whatever else the conservative evangelicals choose to call themselves is merely a “ruse de guerre” meant to disguise the racial animosity that steered their political course.

If we accept that the hate-filled bigots screaming for Muslims to “Get out of my country” are acting like Christians, then we need to do a lot of soul searching about what it means to be a Christian.  We must never forget that Adolf Hitler styled himself as a Christian and was accepted by his countrymen as such.

If we accept that the beliefs of the bigots who could find no human qualities in Barack Obama and his family, while exalting the “sterling” qualities of Donald Trump and his family based solely on the color of their skin, then we are ignorant to the fact that race is only a racial construct.

The concept of race, as it is known today, was constructed solely to justify the enslavement of Africans as chattel.  At the same time that Africans began to be enslaved in this way, the belief that “God fashioned man in his own image” began to be twisted into “God fashioned the white man in his own image,” thus fashioning God in the image of the white male.

The madness that fuels the belief in white patriarchal superiority was not born out of Donald Trump’s presidential campaign.  But Trump’s campaign and election victory have reinvigorated the worst qualities in the racist, sexist bigots who claim the religious authority to spread misery throughout America.

America is neither white nor Christian.  Donald Trump, as a white Christian, is nothing more than a political fabrication, constructed by a crazed constituency desperate to reclaim a privilege in America that was wrung from the blood, sweat and tears of people of color.

For these reasons, sane Americans must resist Donald Trump, just as we must resist all false gods and the zealots who exalt them.  This call for resistance is not a call to hate, but rather a call to love.  A call to love all people of the Earth as God’s creations.  And a call to protect us all from the hate-filled agenda of Donald Trump.

Why does main street media refuse to talk about Black America?

Why does main street media refuse to talk about Black America?