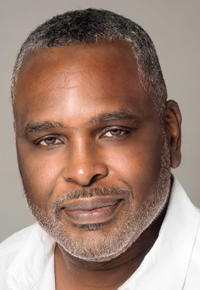 The Supervisor of Election, as defined by Florida statutes, is the custodian of all election documents and records, from voter registration to candidate filings and election results. So, you can imagine my surprise when a senior election office official acknowledged that while they maintain custody of the Microsoft SQL Server database where all votes are recorded, no one in the office can log into the database or query its data.

According to the senior official, Election Systems & Software, the company who owns the election management system software the county uses, refuses to give them a user account. The company says it is a preventative measure to reduce the risk of record tampering, whether intentionally or accidentally. ES&S also issued a mob-like warning: if the election office accesses the database through a backdoor, or other means, the company will automatically revoke all results pending certification and terminate the contract immediately.

The revelation came during a meeting I had last week with Broward County Supervisor of Elections, Pete Antonacci and several members of his team, to discuss the results from a precinct-level audit of the March 17th Presidential Primary Election.

The audit was conducted by the Broward Citizens Audit initiative, a non-partisan group of citizens advocating for integrity and transparency in election results. Despite-initial skepticism on both sides, election office leaders and representatives of BCA have been able to find common ground around the issue of accuracy and integrity in the SOE’s results.

This particular meeting was to review some minor discrepancies between precinct tabulator totals and those posted by the SOE, and to get clarity on an answer concerning a data file I had requested. Sharing the results was going to be the easy part. I had no doubt Antonacci and his team would welcome such positive results coming from a group of citizens. What wasn’t going to be easy was hearing them confirm my suspicions about their election database and how results are reported and certified. If what they were saying was true, they were no closer to verifying the results than BCA.

“We can log into the server where the SQL Server database files are located,” said John Wolf, the election office IT Director, “but we don’t have user access to the database.”

Wolf joined the office in February 2019, after former governor Rick Scott fired Dr. Brenda Snipes from the position and replaced her with Antonacci. He is young, tech savvy and knows data. “I wanted to create some reports using Crystal Reports. Since the data was on a SQL Server database, connecting to it wouldn’t be a problem. All I need was a user account.”

In this Information Age, where such terms as open source are part of the common vernacular and users share data across multiple platforms, ES&S clients find themselves locked into a system and contract that equates secrecy with security and views data sharing as a high risk threat. What ES&S is doing is nothing short of unethical and runs counter to industry practices regarding data collection systems.

ES&S is based in Omaha, Nebraska and has nearly 500 employees. The company is owned by McCarthy Capital, a private-equity firm, which means their financial records aren’t public. Conservative estimates say the company controls nearly 50% of the U.S. election system market, which equates to approximately 70 million votes processed using any combination of the company’s hardware and software.

The company has a well-earned reputation for routinely filing lawsuits against competitors and election officials when they don’t win contracts or has them taken away. They have even gone so far as to sue voting jurisdictions and groups advocating for greater election security. Not looking to push the issue or make any enemies, Wolf dropped the reporting project and focused on other areas.

ES&S has also been at the center of many election disputes, especially those involving predominantly African American precincts.

In 2010, in Shelby County Tennessee, poll workers turned away 5,400 voters during early voting because the electronic poll books provided by ES&S were inaccurately showing them as having voted. The incident disproportionately impacted minorities and resulted in a Republican sweep of all countywide races.

In 2015, again in Shelby County, Bennie Smith, an African American computer programmer, discovered votes from predominantly African American precincts were being undercounted by as much as 30-40%. Smith discovered the problem when he decided to take pictures of the poll tapes posted outside several African American precincts. The poll tapes contained the vote tallies from each machine tabulator at the precinct. Then Smith compared the totals from the machines to the official totals that were generated by the county’s central computer, which revealed that votes from predominantly black precincts had been eliminated. “A lot of people like to focus on the forty percent, but fail to recognize that put another way, only three-fifths of the votes were counted,” said Smith.

In 2018, the Coalition for Good Governance (CGG), a nonprofit group in Georgia, cross-referenced poll tapes from Georgia precincts, where ES&S touchscreen voting machines were used. The group discovered nearly 127,000 votes from predominantly black precincts had vanished without a trace. The group filed a lawsuit, that was later dismissed because the Republican margin of victory was larger than the number of missing votes. It is also interesting to note that more than 150,000 voters curiously did not cast a vote for lieutenant governor.

As we approach an election that sure to be filled with chaos, I wonder if Broward is the only county holding on to a box it can’t open? I doubt it.

Correction: A previous version of the article stated that ES& was owned by the McClatchy Company.

Is Our Democracy On The Verge Of Bankruptcy?

Is Our Democracy On The Verge Of Bankruptcy? […]

Caught Between A Rock and A Hard Place

Caught Between A Rock and A Hard Place […]

How Can You Lead If You Don’t Know Who’s Following?

I have never run for political office, but I’ve been intimately involved with enough campaigns over the years to know how chaotic and mind-numbing of an experience it can be. I have no doubt those experiences pale in comparison to what candidates and staffers must be going through currently, as Florida prepares to conduct two critical elections within ninety days. […]