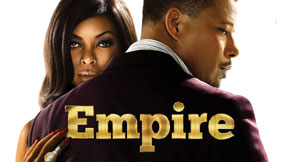 According to a Nielsen consumer report, African Americans are voracious consumers of media, watching 37 percent more television than any other slice of American demography. While that’s not new news, it is disturbing that we don’t completely understand the connection between our TV consumption and the huge profits generated by our connection to television.

To be fair, some TV programming can actually be beneficial. The recent coverage of the 50th anniversary of “Bloody Sunday” opened the eyes of generations of Americans who were unaware of the brutality of racial oppression in America. Much of television, however, is simply escapist entertainment for us, but a tremendous cash cow for programmers and advertisers. Take for example Empire on Fox. The network is known for its history of racist banter and has exploited Black America while simultaneously benefiting from Black consumers. Statistics show that Empire is Fox’s highest grossing show in three years, which translates into a huge pay-off for Fox.

How about the $45.2 billion Comcast/Time Warner merger? How about the $48.5 billion AT&T acquisition of DirecTV or the estimated $1.3 trillion dollars spent annually by Black consumers? Not to mention the $20 billion lawsuit filed by the National Association of African American Owned Media and Entertainment Studios Net-works, against Comcast, Time Warner, and other civil rights organizations as party to a plan to ensure that profits from Black viewership continue pouring into the same pockets?

We’ve watched with interest and commented on this situation earlier, but the situation has not improved. We will reserve judgment on the soundness of Entertainment Studios Net-work’s CEO Byron Allen’s pending legal action, but there are a few things of which we are absolutely certain:

No telecom giant has a plan for meaningful participation/inclusion of Black business in their day-to-day procurement activity;

No programming giant has a plan to include, develop or support the development of positive Black portrayals to any meaningful degree;

No advertiser using the TV/PayTV medium includes Black business in any significant way in the development, production, delivery/distribution of their products to this loyal consumer base.

Telecom companies and consumer product companies are gearing up for an assault on your wallets like nothing you’ve ever seen, and if you’re riveted by the latest episode or game-of-the-week, you may not even notice your pocket being picked. Decisions about your money are being made right now. These decisions are being made by people who don’t know you, and whose only interest is how long you’re in front of your TV before you go buy the products they are selling.

We understand it’s about business – big business. We also understand that it is Black consumers’ money that makes the business so big. But if Black businesses don’t flourish as a result of all this activity designed to move dollars out of Black pockets, we’ll be back to Good Times in the projects instead of building Empires. All the more reason to invest money in the Black community. If you can devote time to watching your favorite television show, then you can also devote time to buying from your local Black businesses. Make #Blackdollarsmatters not just a hashtag, but a way of life.