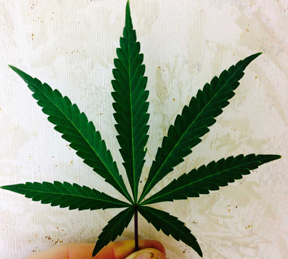 Florida A&M University’s (FAMU) Medical Marijuana Education and Research Initiative (MMERI) launched the next phase of its statewide education and information campaign about medical marijuana and the impact of unlawful marijuana on Florida’s diverse communities.

The MMERI was launched in response to the Florida Legislature’s funding allocation to educate “minorities about marijuana for medical use and the impact of the unlawful use of marijuana on minority communities.” As part of the 2017 legislation, FAMU receives $10 for every $75 identification card purchased by individuals approved to buy medical marijuana.

MMERI’s initial set of public service announcements (PSAs) began running statewide on August 5, 2019 through a partnership with the Florida Association of Broadcasters. The PSAs are part of an ongoing campaign and are broadcasting in English and Spanish. They were produced in May 2019 by Salter Mitchell PR, which conducted market research and focus groups to refine the message.

The links below present the first three in a series public service announcement. This initial trio consists of information targeted to young men and women, presented in English and Spanish. The content is centered on the basic rules of Florida’s medical marijuana law, and on unlawful marijuana versus legal marijuana.

MMERI Interim Executive Director Patricia Green-Powell, Ph.D. said the work that MMERI has done over the past year has been far reaching, and the staff is capitalizing on every opportunity to inform and educate.  Though the work has been arduous, that is to be expected in a fledgling industry.

“When you are the first mover, you have the advantage of helping to define the industry, but this also has its drawbacks,” said Green-Powell. “MMERI’s job is to create the template, but that is also how FAMU began in 1887. The difference here is that we have some financial resources to help us create this initiative, which is expanding rapidly.

“We’re in it for the long haul because that is the nature of our commitment to the state and this initiative, which impacts communities of color. We understand the dire need to make sure that our minority communities are more informed, and are considered when medical marijuana policy is made, and research is done.”

MMERI’s objective is to build a repository of information for medical marijuana education and research and establish the University as a touchstone center for marijuana information, fill in the gaps in medical marijuana research, particularly as it relates to diverse communities and to inform public policy, in Florida and beyond, about the impact and issues presented by the developing marijuana industry.