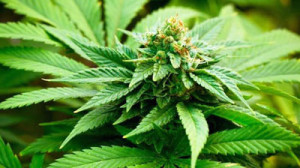 Needing to set regulations governing the dispensation and use of medical marijuana in Florida by July 3, the Florida Department of Health (FDOH) issued its “Notice of Regulation Development Procedure” last week.

The document comprises the framework the FDOH plans to implement to regulate Florida’s operation of marijuana for medical purposes in accordance with Amendment 2 approved by Florida voters last November.

Research since 2014 indicates that with Florida’s aging population, and medical marijuana proven to be effective in treating seizures, cancer, Parkinson’s Disease and multiple sclerosis, Florida has the potential to be a major market for medical marijuana.

FDOH has until July 3 to

finalize regulations for the operations of medical marijuana, but it’s uncertain if the final regulations will be in place by that date. Delays could be incurred because of a transparency process the department is required to adhere.

Another potential setback is the role of the Florida Legislature.

Having failed to pass the required legislation in the 2017 Legislative session which ended last month, medical marijuana advocates and state officials have appealed to Governor Rick Scott to convene a Special Session of the Legislature and ad-dress the necessary legislation. He has not responded.

The Florida legislators have expressed lack of confidence in the FDOH implementing necessary regulations, especially to dispense medical marijuana. Ironically, it was a dispute between the Florida House and Senate over the number of retail dispensaries that stalled legislation last month. House members proposed unlimited numbers of retailers, while the Senate wanted limitations.

Without the Legislature’s input, it seems there’ll be no alternative but for the FDOH regulations to suffice and be implemented by Tuesday, Oct. 3, 2017 as stipulated under Amendment 2.

FREE Back To School Immunizations
[…]

Good news for thousands of immigrant families who have been unable to obtain low-cost Florida KidCare health insurance without a five-year wait. […]