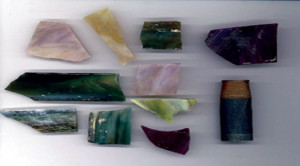 In 1955, Mamie Till, the grieving mother of Emmett Till, said she wanted the world to see what had been done to her son.

Sixty years later, the glass-topped coffin that displayed the mutilated body of the 14-year-old victim of racial hatred is among thousands of compelling artifacts slated for display in the Smithsonian’s new National Museum of African American History and Culture in Washington.

Anticipation builds as the museum, opening in September 2016, prepares to receive visitors from around the world. It will tell the story of American history like never before – from an African-American perspective.

When the doors open, the three-floor, 400,000-square-foot facility will not only display ancient artifacts but also show-case more current events and how they fit into the continuum of American history.

“We want to be the place where people come and say, ‘OK, this just happened. What’s the background to this? What preceded this?’” says John Franklin, a museum director. So items from recent occurrences such as the Black Lives Matter campaign and the 20th anniversary of the Million Man March will be included.

The five-acre museum site, located on Constitution Avenue, between the Washington Monument and the National Museum of American History, will be the only national museum devoted exclusively to the documentation of African-American life, art, history and culture. Among the exhibits:

* An underground gallery tracing artifacts from a sunken slave ship from the 1500s to the administration of President Barack Obama, America’s first African-American President.

* Slave artifacts, including items that belonged to Harriet Tubman.

* Black incarceration, illustrated by a guard tower and a cell from Louisiana’s Angola Prison, formerly a slave facility named for the African country.

* A section called the power of place, illustrating the unique experiences of African Americans in the United States.

* Two performance spaces, including the Oprah Winfrey Theatre, named for the media mogul who gave $21 million to the museum.

“Military history, sports history, the history of African-American organizations and institutions – from schools that our ancestors built to colleges and universities that our religious organizations constructed – to the political and social and economic organizations that we’ve created from slavery right up to today” will have their place among the exhibits, Franklin says. “It’s just been very exciting working on this project and seeing a very diverse team come together with all kinds of skills.”

For more than 164 years, people of all ages have traveled to Washington to explore the Smithsonian’s 19 museums, plus the National Zoo. But the new museum will have some-thing for everyone.

In the words of the museum’s founding director Lonnie Bunch, “I want people to realize this is who we are as Americans. I’m not creating an African-American museum just for African Americans.”

A select group of ladies from the Duke University class of 2018 is already looking ahead to their big day, and they have heated up the Internet in the process […]

Travel industry entrepreneur Thomas Dorsey, a native of Baltimore, Md., turned a casual interest in travel into the premier online travel site known as SoulOfAmerica.com, which specializes in travel information of particular interest to Black travelers. […]

The Black church and the strength to forgive

The Black church and the strength to forgive
[…]