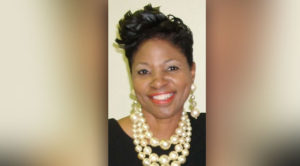 Getting Out the Vote:  Coming Down to the Wire!

Countless change agents, individual foot soldiers and volunteers are working hard at trying to get out the vote in hopes of reshaping the trajectory of Florida’s governance. We see momentum across the spectrum and in a sundry of areas. There is transporting and assisting persons at the polls, the collecting and delivering of by mail requests and ballots, neighbors talking to neighbors sharing information about charter questions and amendments, newspapers filled with issue-based headline news, radio stations advertising candidates and volunteers phoning, texting, canvassing and knocking on doors while the candidates they work for are hosting rallies from city to city.

Additionally, former President Barack Obama made national appeals for the preservation of his legacy. Afterwards, he, Eric Holder and Kamala Harris rallied for Andrew Gillum and Bill Nelson in support of a democratic down ballot slate. Locally over the past days, South Broward Alumnae Chapter of Delta Sigma Theta engaged voters with a community forum, Rodney Baltimore and Cox Media touted voter awareness at the African American Research Library, community leader Chris Smith organized Souls to the Polls after church and the League of Women Voters introduced a new initiative called, “Party at the Polls.

#VoteTogether/Party at the Polls with the League of Women Voters of Broward County, a non-partisan political advocacy organization, has partnered with another non-partisan organization called Civic Nation, to create a new culture of community celebration and civic pride around voting.  The first party was held on Satruday, October 27, in Miramar.  The second Party at the Polls will be held at the Sunrise Civic Center on Sunday, November 4, from 3 p.m. through 6 p.m., and will feature free Ben & Jerry’s Ice Cream for all, as well as other treats, games, prizes and entertainment by the Gold Coast Banjo Band.

General Election Day, Tuesday November 6, 2018, marks the day of the third and final “Party at the Polls”, hosted by the League. The party will be held in Pembroke Pines at Broward College South, in Building 48, at the east end of the campus, next to the student cafeteria, from 3 p.m. to 6 p.m.  Free mini-sub sandwiches and other snacks & beverages will be offered on a first come, first served basis.  Entertainment will include an open mic, music, games with prizes, as well as a photo booth.  Families with children are encouraged to come.  There will be a mock election for those under 18 years of age.   Although the idea behind the “Party at the Polls” is to encourage everyone to vote, anyone is free to attend and join in the celebration!

Despite numerous activities and efforts by all, Democratic voters were trailing republican voters as of the posting of this article. Statewide data showed 1,097,151 republicans and 1,026,736 democrats had voted with a 70,415-republican lead. Hopefully, by the time this article is published and read, the gap would have closed, and the Donkey Team has significantly surpassed the other team.

Certainly, it is too early to declare a winner. However, I must say, there is some concern as Florida democrats has been plagued with a 1% loss for the governor’s mansion for the last two election cycles.

In the wake of bomb threats targeting our former President and First Lady along with other prominent Black leaders, the lagging numbers is disturbing to me. It is my opinion that we should be experiencing some “righteous indignation.” This sort of manifestation of hate should not be acceptable to us. In response to it, we should demonstrate our indignations in the form of our voice—the vote!

In view of what is happening, it begs the question, “Where is the Black pride we once possessed that celebrated our ancestral strength and love for one another — and all that is “good and Kind among us?” Where are all the things we once knew, at our core, and believed in as a community?  Moreover, where are the people of good will such as those who joined and collaborated with Martin Luther King and other social justice activists in denouncing such hatred and despicable behavior?

Because of this, it baffles me that we can have any semblance of complacency in the era of voter suppression and resurgence of violence. In a civilized society, how can we normalize or tolerate it? My sincere hope is that not all is lost and that “we remember who we are” and “come to ourselves.”

We have come too far, worked far too hard, and too long to give up now. We have elected an African American President for two terms, and; we can now realize an African American Governor for the state of Florida.  We witnessed an unprecedented primary election and we do not want those efforts and results to in vain.  If we vote, as we should, in record numbers– Andrew Gillum, Bill Nelson, Shawn Shaw and other democrats would be the beneficiaries. We should vote as if our lives depend on it, because it does.

The implications of having Florida’s first African American governor would be tremendous.  However, having a Governor that is a principled leader, who genuinely cares—and acts on behalf “of the people” and “for the people” – is better – and a far greater fete!

Getting Out the Vote Brings it Home for all of Us. . . Vote Florida!

Linda M. Thigpen, Pembroke Pines Precinct committee-woman, will be opining as a guest columnist for the upcoming weeks offering tips and voter education information. Please contact her at (305) 804 7195 or email Lindathigp@aol.com for voter engagement activities.