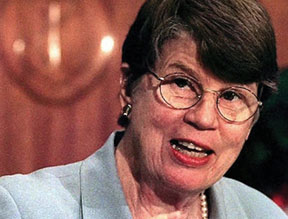 Hastings’ Statement on the Passing of Janet Reno — (Fort Lauderdale, FL) Congressman Alcee L. Hastings (D-FL) made the following statement on the passing of former U.S. Attorney General Janet Reno: “I was deeply saddened to learn of Janet Reno’s passing. She was truly a trailblazer, and as our nation’s first woman Attorney General, she served with honor, integrity and respect.” Janet Reno was recognized as one of a kind by her associates because of her ‘do the right thing’ way of thinking. She once said, ‘I hope I do the women of America proud,’ and advocated strongly for the advancement of women’s rights. As Attorney General, Janet Reno implemented historic legislation such as the Violence Against Women Act and the Brady background check bill, policies that have positively impacted millions of Americans and will continue to benefit generations to come. “I join with so many around the nation in mourning the loss of my friend and fellow Floridian, Janet Reno. My thoughts and prayers are with her family and friends during this time of great sadness.” Congressman Alcee L. Hastings serves as Senior Member of the House Rules Committee, Ranking Democratic Member of the U.S. Helsinki Commission, and Co-Chairman of the Florida Delegation.