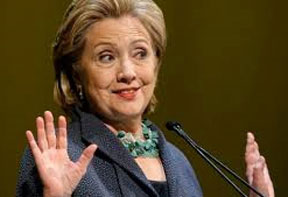 In recent weeks much speculation and anticipation has surrounded former first lady, U.S. Senator from New York, and Secretary of State Hillary Clinton’s possible presidential run. While Clinton and those close to her have remained mum on her bid for the presidency, if she runs in 2016, I will support her.

In November of 2013, I wrote to Hillary to express how proud I was to be one of the first members from Florida to support her presidential campaign in 2008. Over a year later, I feel even more strongly that Hillary is the right woman for America. She has the experience and leadership necessary to be our next President, and the wisdom and vision to move our country in the right direction.

I have known Hillary for decades, dating back to her time with the Children’s Defense Fund. In this capacity, I came to know her as a smart and driven advocate, whose thoughtfulness and deliberation helped to advance justice and the rule of law in a time when African Americans and women struggled daily to attain the freedom and equality enshrined in our constitution. Hillary’s commitment to these principles has never wavered, and I can say unequivocally that she is the right choice for this nation.

Hillary’s steadfast dedication to supporting the civil rights of all individuals and her commitment to providing a voice to the disenfranchised is both admirable and inspiring. The consummate diplomat, Hillary has traveled nearly a million miles, attending hundreds of meetings with foreign leaders in 112 countries. Her poise and competence has served to strengthen American alliances, while her compassion and drive to promote equality for all has ushered in a more inclusive world vision. In this regard, her legacy lives on in the State Department’s comprehensive human rights agenda, which directs the department to use its full range of diplomatic and development tools to work to eliminate violence and discrimination against LGBT individuals across the globe.

But her devotion to improving the lives of others is not limited to her extensive work abroad. Throughout her career, Hillary has fought to improve the lives of hardworking Americans. In the Senate, she repeatedly supported legislation aimed at raising the minimum wage and implementing middle-class tax cuts, including tax credits for student loan recipients.  She has also worked tirelessly, often collaborating with leaders across the aisle, to increase unemployment benefits for out of work Americans.

While we have undoubtedly seen a great restoration of our national economy over the past year, the effects of this restoration have not been equally distributed to those most in need.  Hillary’s history of, and devotion to, promoting the economic security of working families make her not only qualified for the job of President, but make her the right choice.

Our next President must be one with not only a strong vision, but also a strong record of getting results. Hillary is that candidate. I was proud to endorse her in 2008 and will do all I can to support her candidacy should she run for President in 2016.

In this case art does not inmate life

By Natasha Dowdy Gordon     The elements of hate, intolerance, and ignorance have combined once again to wreak havoc, cause fury, and claim the lives of innocent people. The United States Ambassador to Libya, Christopher […]

with a message of faith and love amongst her campaign stops to rally voters in South Florida this past weekend. […]