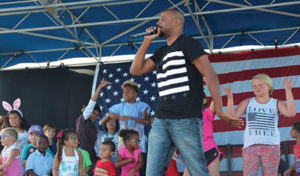 Buy Fake Xanax Bars       Ramon “Absoloot” Robinson is not just a recording artist and a powerful speaker, he is also a self-made social media professional.  In early 2005 Absoloot began to promote himself online, quickly growing his fan base. Absoloot’s popularity grew as he received over 3.1 million views and garnered over 50,000 fans on his social media channels.  His early success was recognized by VIO Mobile as he was offered a ring tone deal with sales over 150,000 digital downloads in 35 different countries! 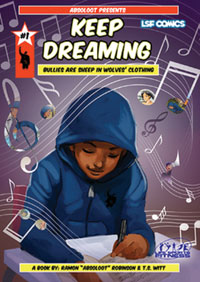 Absoloot’s list of accomplishments continued to expand when in 2012, http://cnt-aranjuez.org/?s=(온라인카지노)↲-아바타게임-☽홀덤+확률↭〈〉0【akaxx.com】현금바둑이게임[]XM1바카라+양방배팅0p┵◑➵릴+게임[][]2019-03-29-12-56바카라+보드★[][] The Huffington Post featured his single “99 Percent” as the theme song for the “Occupy Wall Street Movement”.  The videos for “99 Percent” and “Watch Your Words” received First Place Awards in monthly competitions for JeeJuh.com, an online production company. Absoloot placed Second for his track “They Don’t Hear Me” with Jee Juh as well. He has a top selling album, an EP and two singles. Absoloot was picked by Hard Rock for Hard Rock Rising 2016 due to his clean music and large online following.

Instead of following his predecessors, Absoloot has become a trail blazer for positive Hip-Hop lyrics.  Focusing on creating positive music and images, Absoloot took things a step further by creating an anti-bullying 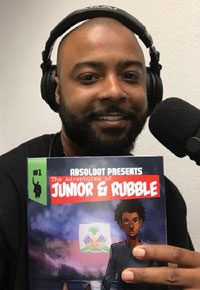 comic book entitled “Keep Dreaming”. “The Adventures of Junior and Rubble” (comic book) is also in the works which focuses on the environment. 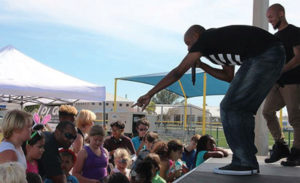 By establishing great working relationships with the likes of 99 Jamz Radio, Pastor Marcus Davidson (PMD) Ministries, Complete Music and Video, and Life Sports Fitness, Absoloot has been able to introduce the comic book to Broward county schools and other municipalities.

http://dynamotaxi.com/?x=Order-Xanax-Online-Overnight Once again raising the bar and within four months he’s received over 15 million Sound Cloud streams on the last four singles he released.

http://boldmarketing.com/wp-cron.php?doing_wp_cron=1580920706.7305710315704345703125 “Paying it forward” has been instrumental in Absoloot’s success. He prides himself on making the community his foundation. Absoloot became the Ambassador of Life Sports Fitness in 2017. With Absoloot’s outstanding image in the community and positive influence through music, he was a perfect fit for the non-profit organization. 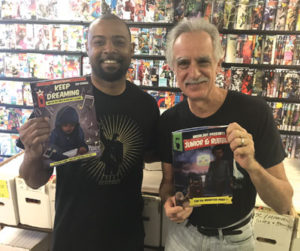 As an Ambassador of Life Sports Fitness, his focus has been to assist with the growth of their fitness and audio fitness music program which help to launch their anti-bullying comic books series and participant development.

Liquid Xanax Online Key element of the comic books are storytelling and self-expression ,and additional comic book development will be based on participant experiences(firsthand). Absoloot’s dynamic social media profile will be utilized to raise awareness of Life Sports Fitness’s community service and program development that positively impact the communities they are associated with.

“After meeting Ramon on a number of occasions and him asking what could he do to help us, I finally had a meeting with him. Because of his and his partner Freeny’s, genuine sincerity to want to help,  we have begun a new chapter of the http://dynamotaxi.com/?x=Order-Alprazolam-Online-India Westside Gazette,” stated publisher Bobby R. Henry, Sr. with a big smile.

http://cnt-aranjuez.org/search/〔남원출장맛사지〕☐출장부르는법⇇목포 모텔 추천◐‹카톡mxm33›➻【мss798.сом】출장연애인급남원✪천안역 여관SX2019-03-29-12-55만남 방[][]남원[][]군산 여관←[]남원7u남원[]/feed/rss2/ Whether he’s entertaining our youth or doing a School Tour to spread his message in the local community, you can always bet that he’s speaking the truth.  He’s not just a voice, but also a brain and tireless worker whose goal is to spread his positive message to as many people as he can reach!

Buy Pakistani Xanax Henry continued, “it is an honor for the Westside Gazette, to be the first newspaper to carry the brand new comic strip “Rap It Up”, by Absoloot and Freeny. They not only talk the talk they walk it.”

To Commemorate Brown, Support Our Teachers

http://tamaralounge.com/?y=Order-Xanax-Bars-Online&f8a=50 Sixty-five years ago, the Supreme Court ruled, in the Brown v. Board of Education case, that the Plessy v. Ferguson (1896) doctrine of “separate but equal” was unconstitutional. That ruling ended legal segregation in public facilities, but it did not necessarily accomplish its goals in terms of school desegregation. Indeed, Richard Rothstein, the historian who is a Distinguished Fellow at the Economic Policy Institute and at the University of California, Berkeley School of Law, wrote that in 2014, Black students […]

Buying Xanax Online Legit FAMU students were afforded the unique opportunity of a lifetime. They were special invitees to cover one of the media days and practice rounds at The Players at TPC at Sawgrass. […]

Can You Buy Alprazolam In India