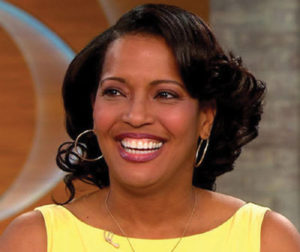 History Teacher Steps into Politics to Run for Congress

Johana Hayes, who was named the National Teacher of the Year in 2016, by President Barack Obama: is now set to make history as the first African American woman to represent Connecticut in Congress.

The 45-year-old history teacher is planning to enter politics, a career path that was not commonly sort after by girls in Waterbury’s Berkeley Heights public housing project. She was amongst the few girls who dreamt of coming out of a community ravaged by addiction and gunfire. And desperate to get out and pregnant at 17, she went into college and became a history teacher.  Now at age 45, Hayes wants to make history and she recently said, “I know what it’s like to go to bed to gunshots outside, I know what it’s like to wake up in the morning to a dead body in the hallway. No job gives you that kind of experience. Life gives you that kind of experience.”

Hayes also talked of why she felt she was qualified for the position, saying she knows how it feels “living in the margins” and she told Hartford Courant that, “I’m a fighter. Time and time again, I have had doors shut in my face and have had to walk around and knock on the back door.’’

Speaking to the Washington forum audience, she said, “In 2016 many people know I was named National Teacher of the Year, but what you don’t know is that in 2015, I was turned down for three promotions, that work that I was doing was not recognized … I was disappointed and hurt but I made a commitment to the people in Waterbury to educate their kids and I worked harder that year than I ever did in my whole career.”

Hayes is facing Mary Glassman in August 14 in the primaries for the open 5th District seat. Notable is the fact that the 59-year-old Glassman has had experience in public life for about 30 years, while Hayes is making her first step into politics.

“From Stacey Abrams in Georgia, who is campaigning to become the nation’s first black woman governor, to Alexandria Ocasio-Cortez, a 28-year-old community organizer who recently dislodged a 10-term congressman in New York, this new crop of political contenders has brought fresh enthusiasm to a Democratic Party still healing from Hillary Clinton’s 2016 defeat. The working-class anger credited with propelling President Donald Trump into the White House is also playing out on the political left, fueling the campaigns of outsiders such as Hayes, said Alexandra Rojas, co-director of Justice Democrats, a national progressive political action committee that recently helped Ocasio-Cortez win,” reports HartFord Courant.

Hayes is an inspiration to many of her supporters including her cousin Malika Watson, who admires her journey to the top. She said,” She’s a role model for all of us. She was in the projects, but she found her way out of there and look at her now!”

Hayes has ties to Sen. Chris Murphy – who is also one of the most powerful Democrats in Connecticut.

Donald Trump and the Spectacle of Lying

Donald Trump and the Spectacle of Lying
[…]