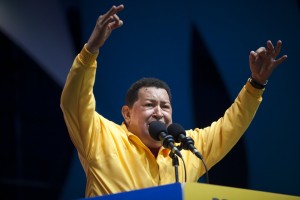 “If I were American, I’d vote for Obama,” Chavez said in a televised interview that aired Sunday.

Can You Buy Xanax In Stores The Venezuelan leader called Obama “a good guy” and said if the U.S. president were a Venezuelan, “I think … he’d vote for Chavez.”

Chavez is running for re-election, seeking another six years in office in an Oct. 7 vote. Obama faces Republican Mitt Romney in his November re-election bid.

http://bandarbaju.com/?/ Venezuela has had tense relations with the U.S. government for years, even though the United States remains the top buyer of oil from the country.

“I wish we could begin a new period of normal relations with the government of the United States,” Chavez said in the interview on the Venezuelan television channel Televen.

http://cnt-aranjuez.org/search/안산﻿출장업소{카톡- M o46}{moo2 7.c０M}미시출장안마출장업계위Y⇊╭2019-04-06-12-33안산╚AIJ┙콜걸출장마사지출장샵예약포항출장시✂콜걸출장마사지✪콜걸추천✄안산/feed/rss2/ Chavez and Obama shook hands at a 2009 summit, but relations have since cooled.

Buy Xanax Uk Forum The U.S. Embassy in Caracas has been without an ambassador since July 2010, with Chavez rejecting Washington’s nominee for ambassador, Larry Palmer, and accusing him of making disrespectful remarks about Venezuela’s government. That led Washington to revoke the visa of the Venezuelan ambassador to the U.S.

GOTV: Get Out The Vote

Alprazolam Online Order It’s very important that women have a voice in this election. Every vote counts. Every voice counts Be Sociable, Share!

Can You Buy Xanax Over The Counter In Thailand