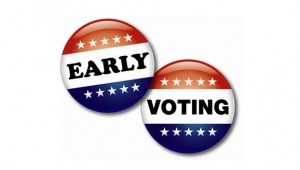 By BRANDON LARRABEE September 19, 2012……A lawyer for opponents of a controversial change in early voting in Florida told a federal judge here that the law would disproportionately harm black voters and should be blocked.
But supporters of the change said it was allowed under the Voting Rights Act and a reversal now would cause chaos on Election Day.
The hearing was the latest chapter in a legal morass that lawyers, state officials and advocates are still trying to settle little more than a month and a half before a high-stakes presidential election that could be decided by Florida’s 29 electoral votes.
Even District Court Judge Timothy Corrigan, who pressed both sides during the hearing, voiced some concern that going back to the old rules could cause problems, and might in some areas lead to less of the Sunday voting that the plaintiffs say is central to their case.
The suit was brought by Congresswoman Corrine Brown, who lives in Jacksonville, and other Democrats. They charge that the new law, passed in 2011, was aimed at suppressing black turnout after early voting helped propel President Barack Obama to victory in Florida in 2008.
“It was a whole list of things that they’ve done to disenfranchise or suppress the African-American vote,” Brown said outside the courthouse after the hearing.
Brown’s lawsuit challenges a portion of the 2011 legislation that scaled back the number of early-voting days from as many as 14 to eight. Supporters of the law have noted that they also provided elections supervisors with the flexibility to provide up to 96 hours of early voting — the same as previously required — but counties could also offer as few as 48 hours.
Black churches sometimes used the Sunday immediately before Election Day for “souls to the polls” voting drives; the new law would only allow the Sunday a week-and-a-half before the election to be used for early voting.
Neil Henrichsen, representing Brown and other plaintiffs, said the state couldn’t arbitrarily dial back the number of early voting days, particularly in a way that harmed minority voters, after it decided to institute the early voting system. And he said the state had provided no compelling reason to cut back early voting.
“Once that right is given, that is a protected right,” Henrichsen said. But George Meros, representing Secretary of State Ken Detzner in the lawsuit, said any changes in the law affected all voters equally. He also pointed to Gadsden County, where the black supervisor of elections has proposed 62 hours of voter registration, as an example that illustrated that smaller counties’ desire to cut back early voting had nothing to do with race.
“This is a careful, county-by-county evaluation of how best to do this,” Meros said. “That’s what the Legislature wanted. In fact, that is what has occurred.”
And defenders of the case argued that throwing out the new law now would cause widespread confusion 48 days or less before voters head to the polls, something Corrigan said was “a fair question.”
Henrichsen said Brown was trying to wait on the ruling of a three-judge panel in Washington, D.C., that later turned down the state’s request to preclear the law in five counties with a history of racial or language discrimination in elections.
The U.S. Department of Justice eventually cleared the law after supervisors in the five counties assured federal officials they would offer the full 96 hours, including 12 hours of voting on Sunday. That action does not bar Brown’s suit from moving forward.
Corrigan noted that striking down the law now would take away required Sunday voting and send the state back to a system in which that voting is optional.
“What would I have accomplished then, or what would you have accomplished then?” he asked.
Henrichsen argued that a ruling would require all 96 hours to be used statewide. And outside the courthouse, Brown disputed the idea that all Sundays were the same for early voting.
“Everybody starts thinking about voting right before the election,” she said.
Corrigan told lawyers for both sides that he would rule “as soon as I can.”

Florida’s universities are looking to make a deal with state lawmakers on tuition increases. On Wednesday morning, university presidents from across Florida gathered at the state Capitol and announced that they will guarantee no tuition […]

The Obama Administration approved Washington and Wisconsin recently for flexibility from key provisions of No Child Left Behind (NCLB) in exchange for state-developed plans to prepare all students for college and career, focus aid on the neediest students, and support effective teaching and leadership. […]