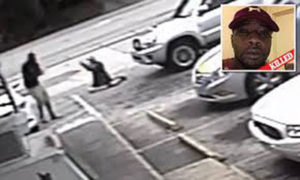 “We commend the State’s Attorney for indicting this man in the brutal murder of a husband and father, who sought only to protect his family,” said NAACP Chairman Florida resident Leon W. Russell. “This law is a shameful tool for vigilantes and cowards.”

Drejka had killed Markeis McGlockton 28, in front of his wife and children after McGlockton shoved him in response to Drejka harassing his family over a parking issue. Drejka claimed the killing legal under the Florida Stand Your Ground law and was neither arrested nor charged by Pinellas Sheriff Bob Gualtier. The case was referred to the State Attorneys’ office and Drejka was finally charged today for manslaughter. 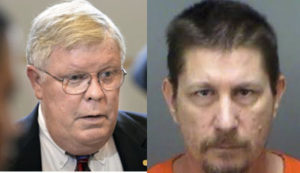 “The NAACP is mobilizing its supporters and partners to push for sane gun control laws and a repeal of the Stand Your Ground statue in Florida and around the nation,” said NAACP President and CEO Derrick Johnson. “This uncivilized law is simply a license to kill; it must be eliminated for the safety of all our communities.”

Earlier this month the NAACP joined with NAACP Florida State Conference and NAACP Clearwater Branch to call on the State’s Attorney office to indict Drejka and for the U.S. Department of Justice investigate and intervene if the case. “This is one step toward victory in getting justice for the McGlockton family and repealing the Stand Your Ground law,” said NAACP Florida State Conference President Adora Nweze.

“We commend the State Attorney for taking the appropriate action which should have occurred immediately after the incident,” said Marva McWhite, NAACP Clearwater Branch President.

The NAACP stands firm in its opposition to the Stand Your Ground laws in Florida and around the nation.