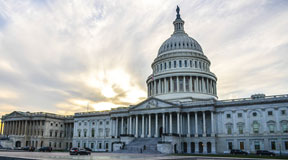 New PACs focus on getting more Blacks into politics

http://orientafricatravel.com/?id=Buy-Green-Xanax-Bars-Online In the wake of Hillary Rodham Clinton’s stunning defeat in the 2016 presidential election, a number of groups were launched to encourage greater political participation among young people, women and minorities.  (Freddie Allen/AMG/NNPA)

http://boldmarketing.com/listing/6621-ridgeview-drive-edina-mn In the aftermath of former-Secretary of State Hillary Rodham Clinton’s crushing defeat last November, a number of groups were launched to encourage greater political participation among young people, women and minorities.

Recently, the Milk River PAC hosted a dialogue on the impact of women in politics that featured Rep. Yvette Clarke (D-N.Y.) and political commentator Ana Navarro. “PAC” is a common acronym for political action committee, an independent group that raises money to support candidates and issues related to their constituents.

Alprazolam Online India The goal of Milk River PAC is to inspire more African American women to run for Congress. Along with The Collective, Democracy in Color and Higher Heights, the Milk River PAC is another effort focused on galvanizing support behind people of color running for office.

http://learnwithojo.com/product/wow-set/?add-to-cart=1595 Milk River PAC and Higher Heights are specifically focused on Black women. Black women voted at higher rates than any other demographic group in America during the 2008 presidential election cycle. Harnessing that political power is one of the many challenges that the groups hope to address at a time when Republicans control the United States Congress, the White House and most state legislatures.

The specific goal of Higher Heights is to “identify, educate, and engage Black women across the socio-economic spectrum to elect Black women, influence elections and move public policy.”

http://artists-atelier.com/wp-cron.php?doing_wp_cron=1580921001.2349619865417480468750 During the discussion hosted by Milk River PAC with Rep. Clarke and Navarro, issues around the changing demographics in America and the impact of Black women in politics were the main focus.

Xanax Doctors Online In the post-Obama era, efforts to advance African Americans into elected office appear to be picking up steam. On March 29, new Democratic National Committee (DNC) Chairman Tom Perez asked for all staffers currently at the DNC to hand in their resignations. A massive reorganization is expected after Perez barely won the DNC chairmanship over progressive challenger Rep. Keith Ellison (D-Minn.).

For years, members of the Congressional Black Caucus and others have challenged the DNC on its lack of hiring of Black vendors and consultants as the party continued to use the same consultants and staff against a backdrop of historic losses over the last ten years.

Get Alprazolam Online The Indivisible Movement, started by former congressional staffers, has risen to re-energize civic engagement in the wake of President Donald Trump’s election, in the same way the Republican Tea Party rose to power following President Obama’s election in 2008. Town halls focused on health care and the direction President Trump is taking policy have given rise to efforts to focus on the next major set of federal elections in 2018.

7e23059f4daa62a20b851bc4cbb11e6f But there are also several test races coming up that should provide a clue as to whether the recent energy among Democrats and others who oppose President Trump’s agenda is real.