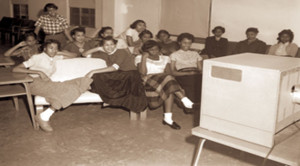 Although there are probably many bi-products of this population growth, one of major concern is the effect that it has had on our education system in nine major cities in the United States.

In a study by the Albert Shankar Institute, it was found that though the population for minority students has increased continually and for the first time this past school year has outnumbered their white counterparts, the number of Black teachers has declined.

The cities included in this study were Boston, Chicago, Cleveland, Los Angeles, New Orleans, New York, Philadelphia, San Francisco and Washington D.C., which represent some of the largest school districts in the US.

Hispanic teachers have continued to increase but not at the rate of population growth of Hispanic students. Black teachers have borne the biggest burden during the recession. It should be noted that during the same time frame between 2003 and 2011, white teacher hiring in these systems grew, and in some cases doubled in largely minority settings.

The cities represented in the study have large education districts with large minority populations. There have been recruiting efforts conducted over the last decade with some success. But, the retention of these teachers continues to be low which offsets the relative success of the recruiting effort. To add insult to injury, due to the lack of experience of teachers in these districts, there has been funding challenges and educational outcomes have been substandard.

As a statement of opinion I can attest that it significantly helps when minority students can identify with teachers. However, it has been proven that having minority teachers improves the education performance of all races.

My daughter wants mom to walk her down aisle

well, first and foremost, it’s her wedding and she has the final word on who should walk her down this aisle. […]