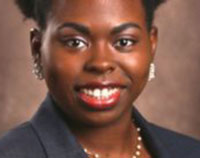 Economic mobility is the ability for someone to go from low, or no income to middle income in one lifetime, or for the next generation to earn money at a higher tax bracket.

This is the essence of the American Dream. However, today it is more difficult for young adults to surpass their parent’s socioeconomic status than it was in the 80s.

We were taught if we work hard and funnel enough opportunities and blessings our way, we would be able to provide a better life for our children and grandchildren. However, the data on economic mobility says otherwise, especially for people of color in Louisiana.

Our state is the third poorest state in the nation where 347,000 Black and Hispanic children live in poverty. The latest Census reported that Louisiana’s 31 percent poverty rate in the Black community dwarfs that of Whites (12 percent) and Hispanics (16 percent). Forty-two percent of our households struggle to meet their basic needs and our Black women only make 48 cent for every dollar that men make.

The Pew Charitable Trust released a report that measures resident’s average earnings growth over time, ranking state mobility based on people’s earnings, their peers and ability to move on the economic spectrum. They found that even though the economy is on the uptick, most of the decline in mobility is due to unequal distribution of economic growth. Louisiana is considered an economically poor state. Thirty-five percent of our jobs are low-wage and more than 205,000 Black children here are living in families where the parent(s) do not have full-time, year-round employment. Considering the large gaps between the very poor and very rich in this state, Louisiana is named one of three “worst states” for economic mobility. Black people have an especially hard time with mobility in Louisiana, with little to no fault of our own. Let me explain.

Being subjected to an American history rife with policies that economically oppress people of color has its effects, and they’ve been building up. Eighty-seven percent of the time that Black people have been in the Americas, since being dragged across the Atlantic in the 1600s, it was legal to block us from building wealth, i.e., slavery, sharecropping, and exclusion from the benefits of the GI bill after fighting for our country in WWII. Even after civil rights legislation released us from overt oppression, discriminatory federal and state policies have worked against us to maintain that income inequality. Right now, a White head of household who is high school dropout makes two-thirds more than Black heads of household with a college degree. This is not happenstance. This environment was created over time and can be dismantled over time, and it won’t take another 400 years, if we play it right.

As we attempt to move upward, discriminatory policies for the low-income and melanin-rich continue to weigh us down. Legislative bills to raise minimum wage are routinely shot down in Louisiana for fear of stressing businesses at the expense of helping low-wage earners. The rise of corporate power in politics has made it so that only the most affluent keep their money bags—which is why everyone isn’t moving on up like George and Weezy Jefferson. Additionally, Louisiana tax policy simply isn’t doing enough to repair the tax structure for a sustainable and fair future where everyone can get the mobility to roll out of their tight situation.

Policies fueled by that ol’ southern racism are the core reason why the economic inequality hasn’t begun to level in Louisiana and neighboring states.  Policies that gerrymander districts, segregate the population, and disinvest from Black communities have long-term effects. Racially-segregated, Black communities have low capital, meaning it’s harder to get ‘hooked up’ with an interview, internship, or first job that may lift someone out of poverty. Our communities are targeted for mass incarceration with “poverty violations” like officers scouting innocent drivers in the hopes that one will be driving with a suspended license or a warrant. Education is one of the silver bullets; even after taking student loan debt into account, most college graduates earn more than their parents did.

Economic mobility is such a challenge for Black people in this state, because of the deep economic inequality created by historical and current racist policies. We need to do our part to heal racism in our state and become more civically engaged. Racial equality and overall economic growth will increase mobility for Black people in our state. That means more job-training, small business ownership and entrepreneurial activity. That means fewer tax breaks to the richest one percent of residents and those serving corporate interests. It also means effectively reinvesting in our communities, from the state house to your house.

“THE POWER OF LOVE”

My Dream for Hip Hop