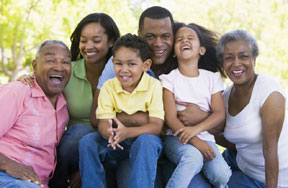 WASHINGTON, D.C. (NNPA) — As Medicare and Medicaid turn 50 this week, the nation takes a look at the impact of two of the most significant government programs ever launched.

Medicare serves roughly 52 million Americans as of 2013, about 10 percent of whom are Black. The program is part of the Social Security Act and was created to provide health insurance for seniors regardless of income or health status. Today, Medicare covers seniors, permanently disabled people of all ages, and people with Lou Gehrig’s disease (ALS) or end-stage kidney disease.

“Medicare in the African American community [has] been a lifesaver,” said Karyne Jones, president and CEO of the National Caucus and Center on Black Aging. “Without it, a very large majority of Black seniors wouldn’t have any health care. As a result of … all of those institutional things that occurred, we didn’t have jobs in the ‘40s and ‘50s and even ‘60s that provided [retirement] health care programs or insurance programs. So it’s a blessing.”

Further, pensions have weakened over the last decade through state deficits and penny-pinching corporate policies.

“There was a time when, if you worked for a place for a long, long time, after you retired you could still have some insurance with that company. Those days are gone,” Jones said. “You can imagine what it’s like to work all your life without coverage – as you get older, those chronic diseases start kicking in. And if you’ve not caught them early or been able to maintain them, they’re worse as you get older. And just think, you have no medical coverage, you have no health care? So your life expectancy and the dignity of your life is zero. This is a program that is crucial.”

While policy analysts and politicians agree that Medicare has been one of the nation’s most effective public programs, the logistics of the program are very confusing for both beneficiaries and health care providers.

There’s also the prevalent belief that the program is slowly spiraling out of control.

The KFF reports that the program’s $505 billion allotment was 14 percent of the last year’s federal budget. The program regularly overspends its limit, and will only get more expensive; the cost of health care rises each year, millions of Baby Boomers are retiring, and the smaller number of younger workers and payroll taxes from dwindling wages will not be enough to support the Boomers.

Medicaid – Medicare’s equivalent program for low-income Americans – is even more contested in its 50th year.

According to Samantha Artiga, policy analyst for the KFF, the racial disparities that make Black seniors reliant on Medicare are the same ones that make Medicaid so vital for Black families and individuals. She points out that Medicaid covers more than half of all Black children and Latino children, and that Black families are much less likely than s to have high wages or insurance through their employer.

“Medicaid has really played a pivotal role in helping to fill this gap in coverage,” Artiga said. “And then also, when we’ve done focus groups or interviews with families, we really hear over and over about the raw impact Medicaid has on their lives, in terms of providing a sense of financial security, feeling protected from high medical costs…and ability to focus on other areas of life.”

Originally intended for children, pregnant women, parents on public assistance, the disabled, and impoverished seniors, the Affordable Care Act (ACA) has further expanded the program to cover low-income people regardless of whether they have children.

The ACA tried to require all states to cover these citizens and offered to fully fund the expansion with federal dollars, as states continued to administer the program. Instead, the Supreme Court ruled the expansion mandate unconstitutional, and made it optional for states. As it stands, 19 states have rejected the idea, including almost the entire South (except Arkansas, Kentucky, and West Virginia) the region with the highest concentration of Black Americans in the nation. More than half of all non-elderly Black people still without insurance as of March are Medicaid eligible under the new guidelines, but many live in non-expansion states and will likely remain uninsured because of it.

“There still remains some significant gaps in coverage for low-income adults and these disproportionately impacted Black Americans,” Artiga said. “We’re seeing now, with recent data, declines in uninsured rates since implementation of the ACA, and those declines have been larger for Blacks and Hispanics relative to s, suggesting already a beginning of some narrowing of these coverage gaps. But they still remain more likely to be uninsured than s.”

Lawmakers and experts assert that Medicaid and Medicare are becoming too inclusive and expensive to sustain. Fraud, abuse, and waste have also become a real problem. These widespread scams charge for services that aren’t actually provided and pocket the federal funds; authorize unnecessary services, or bill necessary ones incorrectly; or administer services to someone other than the beneficiary – sometimes even after the person is deceased. The misuse consumes additional billions in taxpayer money each year.

There are also concerns about insufficient access to specialty care through the program, and the already-strained availability of care providers particularly in rural areas.

Both sides of the political aisle believe the systems need to change – progressives favor tighter security accountability on the current systems, while conservatives advocate a complete overhaul.

Programs have both done a great deal to address health care access gaps, Artiga said that government-sponsored health coverage is not a cure-all for ending disparities. Still, the programs have achieved measurable positive outcomes over the past 50 years.

“You don’t want to live in a country where you continue to see an increase of poor, unhealthy people. That drags on the entire system,” Jones said. “I can’t believe that this country still believes that your health should be only as much as you can afford. Medicare and Medicaid stand at the beginning of us at least acknowledging our own humanity. I’m hoping that not only do they expand the benefits, but that they recognize that a healthy America is a prosperous America.”

“Every child should be able to have fun in a public pool without having to worry about facing prejudice.” […]

“On behalf of The Leadership Conference on Civil and Human Rights… we write to share our significant concern regarding the Department’s reported contemplation of the use of Student Support and Academic Enrichment grants provided to states under the Every Student Succeeds Act (ESSA) for purchasing firearms and firearms training for school staff,” […]