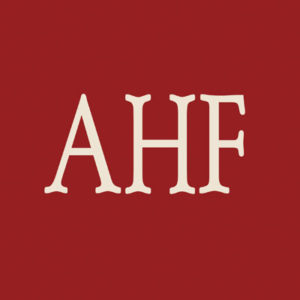 One Choice is No Choice: Florida Governor Rick Scott Denies Critical Healthcare Coverage to Those Living with HIV

After a nearly two-decade partnership, Governor Rick Scott and Florida Medicaid officials are denying renewal of an HIV care contract with AHF’s Positive Healthcare— a respected non-profit which has been providing critical health insurance coverage for people living with HIV in Florida since 1999 and forcing HIV patients to use for-profit companies that don’t currently cover their sustained medical provider.

FORT LAUDERDALE– AIDS Healthcare Foundation (AHF), the nation’s largest non-profit HIV/AIDS healthcare provider and largest global AIDS organization, is blasting Florida Governor Rick Scott for denying critical healthcare coverage to those living with HIV/AIDS. The organization is calling out Scott in response to he and the state’s Medicaid officials failure to renew an HIV care contract with AHF’s Positive Healthcare— a respected non-profit which has been providing critical health insurance coverage for people living with HIV in Florida since 1999. AHF says the state’s move will recklessly disrupt care for a vulnerable population of nearly 2,000 Florida HIV patients.

In late April, Florida Medicaid officials announced the awarding of Medicaid contracts, worth up to $90 billion dollars, to five for-profit managed care plans, excluding several other companies, including Positive Healthcare (PHC), the only non-profit healthcare provider that offers insurance coverage for the critical, sensitive healthcare needs of those living with HIV.  As a result of the initial decision, several of the denied agencies, including PHC, filed formal protests with Florida’s Agency for Healthcare Administration (AHCA), which manages the state’s Medicaid program, all challenging the state’s decision, citing severe defects in the RFP and decision-making process.  Following the submitted protests, state Medicaid officials met with each of the denied agencies, and subsequently have provided settlements with a select list of the for-profit providers, while continuing to shut out PHC, the only non-profit agency whose focus is on providing care to thousands of clients living with HIV in Florida, that have relied on this critical coverage to get the necessary care they need, by the doctors of their choice, to live a healthy life.

“Given the increased number of those now living with HIV in Florida, it is deplorable that Governor Scott has continued to play with people’s lives, while padding the pockets of a small group of for-profit companies,” said Donna Stidham, Chief of Managed Care for AHF.  “Many of these patients, currently covered by PHC, have been seeing their doctor for years, even decades, and are thriving in care.  These same patients will suffer disruption of treatment and can suffer substandard care if they are simply dumped into the general patient population, or if their care is jobbed out by huge, for-profit insurance companies for treatment by a family medicine doctor or general practitioner without HIV expertise.”

While Scott and his cronies continue to play “business as usual” politics, the 2,000 HIV patients currently covered by PHC have become vulnerable to maintaining the care they critically need to stay alive, as they will be forced to choose for-profit companies that don’t cover the doctors they have come to rely on and trust for over a decade of quality, life-saving care. AHF and the numerous community supporters across the state that have come out in support of PHC, implore Governor Scott to put people first and not big for-profit businesses and give this vulnerable population a choice.

Scott’s irresponsible actions and lack of transparency occurs while the State of Florida, and specifically Miami-Dade and Broward counties, continue to rise as the nation’s epicenter of the HIV epidemic.  PHC, currently offers coverage to those living with HIV in Miami-Dade and Broward counties, which rank #1 and #2, nationally for reported cases of new HIV diagnosis.

The facts about HIV in Florida:

“If we are to address the continual rise in individuals newly diagnosed with HIV, it is critical that Gov. Scott and all public servants, guarantee that everyone is at the table to ensure the necessary care is provided for those living with HIV,” stated Michael Kahane, AHF Southern Bureau Chief. “As the leading non-profit agency addressing the HIV epidemic across this nation, our primary focus is on quality patient care and not profit.  All who are living with a chronic illness, like HIV, have the undeniable right to choose the medical provider that they trust, that provides the care that they need and the insurance coverage to sustain this care.”