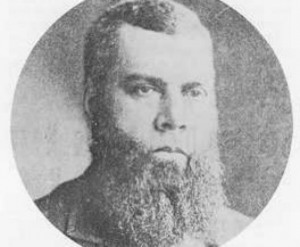 ByD.L. Chandler     The men and women who serve on the front lines as firefighters, rescuing citizens in harm’s way, should be saluted daily for their bravery. In one of the most-dangerous and selfless occupations in the world, firefighters risk their lives for the safety of others at a moment’s notice. Even though history has not been kind to the memory of African-American firemen, their contribution to firefighting is a significant one. Still, even with the most-dedicated research, it is difficult to ascertain who were the first African-Americans who took up the role as firefighters.Several sources, including the richly detailed website from historian Mike Legeros, all point to the summer of 1817 as being the earliest record that Black firemen existed in New Orleans, La. Although Black men stamping out blazes could have happened before then, there is no real evidence available in capturing this historic truth. According to Legeros, 1821 and 1833 also show evidence of freed men joining firemen ranks in New Orleans, but like before, the records were poorly kept and the facts disjointed.

In Philadelphia, a band of African-American men who had fireman aspirations joined as the African Fire Association in 1818. After a group of White firemen protested the move along with citizen discord, the group scrapped their plans of opening a Black firehouse in Savannah, Ga. In 1824, freed and hired slaves worked alongside the fire department but were largely relegated to assistant duties. White men, reluctant to share in the glory, kept potential Black firemen at bay.

In Charleston, Sc., 10 fire houses manned by Black men were reportedly present but they worked without pay. In fact, how it worked was that the company who outed a fire first got paid and only other White-owned engines could assist before leaving the scraps behind for the Black firehouses.

Patrick H. Raymond (pictured) of Cambridge, Mass., is universally regarded as the first African-American fire chief. Born in 1831, the Civil War veteran joined the department sometime in the 1850s. He became the chief engineer of the Cambridge Fire Department in January 1871, holding his post for eight years. He passed away in the summer of 1894.

Another historic first was volunteer firewoman Molly Williams of the Oceanus Volunteer Fire Company. In 1818, she would be the first female firefighter after working for the New York firehouse.

Much later, after the strides of the Civil Rights Movement, Robert O. Lowery served as the first Black fire commissioner of a major city. Lowery helmed his New York post from 1966 to 1973. During Lowery’s tenure, the International Association of Black Firefighters was established in 1970.

Black women have also made valuable contributions to firefighting. Toni McIntosh of Pittsburgh, Pa., became the first Black woman to become a career (full-time) firefighter in 1976. According to the Department of Homeland Security’s website, Cecelia Owens-Cox was the first woman to be assigned to a New York City truck company in 1984 as well. Chief Rosemary Cloud became the first African-American woman chief for a career fire department in East Point, Ga., in 2002.

Even though the early records of Black firemen and women have been scattered over time, it is still noteworthy to mention that many of these achievements have not gone unspoken. Perhaps a dedicated educator or a team of researchers will continue to bore through the countless documents, images, and personal accounts to uncover more truth about the rich history of African-American firefighters.

Take a walk in the parks to see Black History

Experiencing Black History Month this February is as easy as a walk in the park… a national park, that is, says Audrey Peterman, author of “Our True Nature: Finding a Zest for Life in the National Park System […]