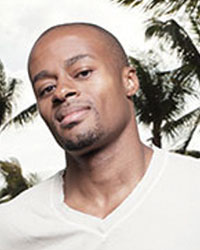 To our readers, in the article titled: “Fighting the Black HIV/AIDS Epidemic in Fort Lauderdale, Fla.” there was a glaring incorrect caption placed under the photo. The caption read: “Almost half of the Black population in Fort Lauderdale has been diagnosed with HIV. ”This is totally incorrect. We contacted the author of the article, Ms. Tamara E. Holmes as well as the Florida Department of Health in Broward County and Black AIDS Institute’s President Phil Wilson to bring this to their attention. The article was rewritten and corrected; however, we here at the Westside Gazette Newspaper did one of the most unthinkable things you can imagine – we neglected to change the correction.  Please forgive us for any hardship that our actions might have caused.

Yours in the struggle,

On May 4, 2016, President Barack Obama spent the whole day in Flint, Mich. He also drank a glass of filtered water. […]

For Black homeowners, great recession has not receded

Most economists agree that the Great Recession, sparked by the housing market crash, officially ended in 2009, but the fallout from the crisis will continue to hurt Black families, especially Black homeowners, for decades to come, according to a new report commissioned by the American Civil Liberties Union (ACLU). […]