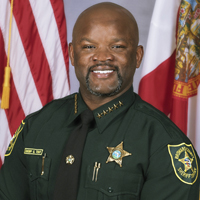 For suspended Broward Sheriff Scott Israel, maybe the third time will be a charm?

Israel officially filed the necessary paperwork to run for his old office on Monday.

“I’m out and about. I haven’t stopped campaigning, even post-suspension,” Israel said in comments to WPLG Monday.

The same comments were repeat explanations during a hearing as part of the Senate’s review into the Sheriff Israel’s suspension. His attorney maintained the suspension was politically motivated, mentioning remarks made by now-Gov. Ron DeSantis while he was campaigning for governor.

Israel was suspended by DeSantis back in January, mentioning BSO’s behavior of  both the Parkland  and Fort Lauderdale Airport shooting. The task of deciding whether Israel should be forever detached from the command or reinstated as Sheriff will be determined by the Senate.

the suspension of Israel as well as those who support him.

Max Schachter, whose son, Alex, was killed in the Parkland shooting, is backing the reelection of Broward’s present Sheriff Gregory Tony. In comments to WPLG when asked whether Israel could win reelection, Schachter objected. “I don’t know. I certainly hope not,” he said.

A candidate for office who did not want to be identified said, “Everyone deserves a chance to prove that politics is an unfair game when played by questionable characters who are motivated by unequal justice.”

Attorneys for Israel and Governor DeSantis are scheduled to make their closing arguments on Aug. 19.

A past policymaker dispensed by Senate President Bill Galvano, Special Master Dudley Goodlette, is set to review the case. Upon completion, his findings and re-commendations will be given to the Senate.

Several candidates are now in the race for Broward Sheriff; most of these candidates are Black and most are Democrats. For Scott to make it to the November ballot, he has to get through the Democratic primary first.

Tony, who was named as Israel’s replacement by Gov. DeSantis, announced in February he plans to run for Sheriff but has not yet officially filed to run in 2020.