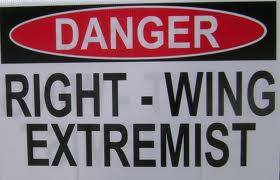 Sensible Sue’s Rhetoric
Using God to Justify the Crazy
The Right Wing idiots have always stood behind the robe of Jesus while toting their Bibles to justify
the absolutely hideous, ignorant, and scattered brained things that they do, but good Lord, just when I
thought that these crazy people couldn’t get any crazier, they did.
When folks allow bigotry and hate to override God given instinct and any and all levels of common
sense, it is time for some sort of an intervention. Prominent Southern Baptist Pastor, Robert Jeffress
made major news less than a year ago because he said, “Mitt Romney is a member of a cult.” Now
Jeffress says that he has made peace with Romney’s religion because he opposes President Obama
more. I mean what the Hell? Look if this man considered Mormonism to be a cult a year ago, I can
only come to the conclusion that this man’s sudden change of heart is code language for “We’ve tried
this half-bred, non documented , uppity, Food Stamp loving, lazy, N****R in our White House for four
years, now it is time to send him back to Africa where he belongs.”
Like really I am sure that if I was to search from now to the next of never, I would be hard pressed to
find any other excuse for Jeffries and his bigoted self. The Billy Graham Evangelistic Association had
also referred to Mormonism as a cult on its’ website, but amazingly enough, that reference disappeared
after Mitt Romney met privately with Billy Graham, and the Heavens opened, and every angel
sang….yeah right.
Now on to yet another fine example of Right Wing hypocrisy. Just a week after Dinesh D’ Souza,
president of a evangelical christian college in New York accused President Obama of “Attacking
the traditional values agenda and traditional morality,” it was reported that the conservative pseudointellectual activist reportedly went to a religious conference and shared a hotel room with a woman
who was not his wife. Now how is that for getting caught with you pants down around your ankles?
Arrogance, carelessness, and that thing in his pants, cost D’ Souza his job. You know, if he had just
kept his big mouth shut, and had not tried to use President Obama as his personal whipping post, none
of us would have even noticed that he was getting a little extra sauce on the side.
Finally, I have to mention the American Family Association’s radio show host. Bryan Fischer burned
up the airways last week as he used his show to argue the idiotic point that women have no business
serving in leadership positions anywhere in society. Fischer said, “Masculine leadership in society over
the nation is God’s basic plan for today, and political leadership ought to be reserved for the hands of
males.” Now when I first read about the rantings of this misogynistic, disgusting, neanderthal, I thought
to myself, this must be some sort of a joke, but then I watched the video, and guess what? I am not
laughing, and you wont be either, just take a look for yourself. It is official folks…the idiots have taken
over the village, and they are running it straight into the ground.
If you have questions or comments about anything that you read in Sensible Sue’s Rhetoric, please send
them to sensiblesuesrhetoric@gmail.com. You can also follow me on TWITTER @sensible333.

The lynching of Bob Costas

The lynching of Bob Costas

Myths And Facts About The Right-Wing Witch Hunt Against Susan Rice.” […]

Well, all I have to say about that is if the powers that be within the Republican establishment really want to know the real truth in regards to why their Party has become such a flailing hot mess, all they had to do was ask me, and I could have told them all that they needed to know and then some, for free […]