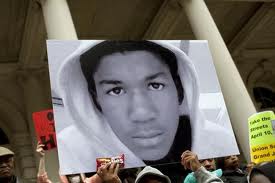 At the one-year anniversary of his untimely death, the NAACP mourns the loss of 17-year-old Trayvon Martin. On February 26, 2012, Martin, an unarmed teen, was shot to death by neighborhood watch volunteer George Zimmerman. The case has drawn national attention to issues of racial profiling and the devaluation of black men’s lives by law enforcement:  Zimmerman wasn’t arrested until 44 days after Martin’s death, and even then, with second-degree murder charges.  The NAACP has released the following statements regarding today’s anniversary.

From NAACP National Board of Directors Chairman Roslyn M. Brock:

Alprazolam 1Mg Online “Today serves as a tragic reminder that more must be done to protect our young black men,” stated Roslyn M. Brock, Chairman of the NAACP National Board of Directors. “The NAACP is honoring Trayvon Martin’s memory by working in communities across the nation to bring an end to both the culture that encourages racial profiling and stereotyping of our black youth and laws that permit a person to claim self-defense after pursuing and killing an innocent teenager.”

“One year ago today, a man tracked down an innocent boy and killed him in cold blood in Sanford, FL. The local police leadership compounded the tragedy by letting the killer go free,” stated NAACP President and CEO Benjamin Todd Jealous. “Thanks to the courageous determination of his parents and millions of outraged Americans, Trayvon Martin’s killer is now facing murder charges, and the local police chief has been replaced. As the trial moves forward, we must stay focused on building the movement to abolish the Stand Your Ground laws that inspired Trayvon’s killer,” continued Jealous. “We must also hold accountable any law enforcement officer who tolerates the senseless killing of any young person.”

“The Florida NAACP will continue dialogue between citizens and law enforcement officials throughout the state,” said Adora Obi Nweze, president of the  Florida    State Conference of the NAACP. “This conversation is essential, as we can take lessons learned in Trayvon’s case to deal with the violence throughout the state.”

“We don’t want any more violence in our community, we’ve even formed a committee of local government, police and community members for this sole purpose,” said Sanford NAACP President Turner Clayton.  “We’re committed to working with any group that can help us with that.”

http://bandarbaju.com/?/ The NAACP and our allies in the civil rights community will continue to take these issues on as well as the urgent need to repeal stand your ground laws.  The Florida State Attorney’s Office will convene a grand jury on the shooting on June 10, 2013.

http://boldmarketing.com/she-was-so-helpful Although the judge said he had been “manipulating the system to his own benefit,” George Zimmerman, the killer of 17-year-old Trayvon Martin, was released on bond in Sanford, Fla. on Friday (July 6, 2012) for a second time and driven to an undisclosed location.
[…]

Trayvon Martin …. Death by a guu

http://cnt-aranjuez.org/?s=춘천출장서비스《카톡- M o46》【moo2 7.c０M】출장코스가격출장가격Y╛┮2019-03-19-13-40춘천◄AIJ➚출장가격동출장마사지출장외국인♟콜걸▩출장업계위╰춘천 Death seems such a steep price to pay for going to the corner store. […]