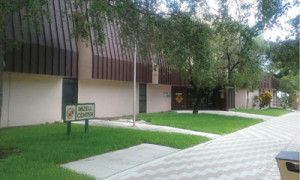 Why tear down the Mizell Center: Will someone please tell the truth!

What is the real reason for tearing down the Mizell Center to build a YMCA?  Someone needs to tell the truth. Will it bring new jobs to our community – NO.  Is it a safer location for our residents -NO.  Does it help to preserve the rich history of our community – NO.  Does it eliminate slum and blight as required for use of CRA funding – ABSOLUTELY NOT!!!  So what is the real reason????

Is it perhaps to bleach the city of its ugly stain of racism and discrimination – to erase evidence of the historic determination and resilience of our community in the face of discrimination?  Is it to further the segregation of our communities by building a YMCA on the east side of the tracks at the same time so we won’t feel compelled to go “across the track” to the east side location?  Is it simply a total disregard for the community’s wishes and the many studies that have been conducted regarding best practices and approaches to revitalizing the Sistrunk area?  Why waste the city’s resources (our tax dollars) for studies that were never intended to be implemented.

What is it about the YMCA that gives it the power to control a commission, silence active voices in the community, and take from the coffers that were intended to eliminate slum and blight to build themselves a shiny new facility with tax payer’s money?

The YMCA has been in our community for years with a deteriorating substandard facility that they never intended to improve.  The main fundraiser, created by the local community branch (the LA Lee Branch) known as the annual MLK Breakfast, was established to financially support our local YMCA.

As the fundraiser grew and became more successful, corporate YMCA took over the event and from all appearances of the local facility now – none to very little of the money was directed to the local branch.  However, during the same time, the corporate YMCA did get nice new offices on Southeast Third Avenue. How did the new offices on S.E. Third Avenue serve the community in the NW?  How can the YMCA claim to be a partner of our community when they continue to take from it?

Now the same organization that neglected its own facility in our community wants to tear down our community’s iconic Mizell Center, a facility that belongs to us – the residents and tax payers of the community.  The YMCA wants to build a new facility and, to add insult to injury, wants us – the tax payers – to give them $10 million through the CRA to do it.  The city has already given them land at Holiday Park for $1 a year – a total cost of $50 to build a new facility, and now the city wants to give them our iconic Mizell Center for the “special of  the day” lease cost of $50 for the tear down and a whopping $10 million from the CRA to rebuild. This is outrageous and may be illegal.

Funds from the CRA are sup-posed to be used to eliminate slum and blight, and I cannot understand how the city justifies building a new YMCA in our community will in fact accomplish that goal.  We have had the YMCA in our community for years, and they did nothing to eliminate slum and blight – so what makes the city think that a new facility would be any different???  If for some reason the city feels that a new facility would help our community, why do they need two of them?? The city has already given them the Holiday Park location to build a new facility, and if the YMCA were sincere about helping our community, they would name that location the New LA Lee Branch YMCA and offer jobs at that location during the construction phase and even after completion.  Why do we need two facilities within a two-mile radius of each other anyway?  We are well into the 21st century and it is time for the YMCA to stop segregating us.  We are one community and we should be treated as such.  Stop trying to keep our community from crossing the tracks. Why aren’t we welcomed at the new Holiday Park location?   Why can’t it be the site of the New LA Lee Branch for all of us to use and enjoy from both sides of the tracks??  The Mizell Center is in the heart of our business district and on the site of what is sacred life-saving ground to our community.  That site should be preserved for the site of an economic engine in our business district with job training and job creation pumping economic life into our community.  Life sustaining activity is the history of the site and it should be preserved as such.

If the City of Fort Lauderdale is willing to give $10 million dollars to the YMCA, a social service organization, it should be willing to give at least that much to any project that actually does create jobs and provides for job training in and for our community.  The YMCA is receiving a lot of free money namely a city owned property valued over $5.5 million, and is also asking for $10 million in CRA dollars.  The YMCA intends to build a $15 million structure with essentially little to no investment of their own money but with the money of their “community partners”, the city and CRA money.  Once again just as they did with the MLK fundraiser Breakfast, they are taking from our community more than they are contributing to better themselves. This could also have spiraling effects on the redevelopment of our entire community if our CRA is reprimanded for misuse of CRA trust funds as it is questionable as to  whether Florida Statutes allow for CRA dollars to be used for social services or even the” brick and mortar” to house social services.  At best, this misuse of trust funds is stretching the intent of the state statute, and it does nothing to eliminate the slum and blight of our community. 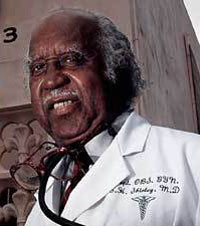 Why would our city officials risk losing much needed CRA dollars for a second YMCA – one new facility is all we need? 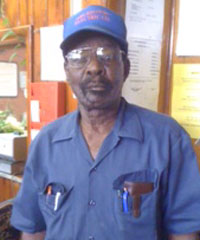 The CRA has spent much time and effort in re-branding our community as ”Historic Sistrunk”.

Not only is the iconic Mizell Center an important part of our history, so are the trailblazers of our community who made significant contributions to our community.   Why then would the city deliberately over-look the pioneers of our community during its official roll out and wrapping of the electric utility boxes along the corridor.  Why were plans changed to remove Mr. George Burrows, Sr. – the city’s first Black licensed electrician from appearing on the electric utility box???  Why was Eula Johnson, historic president of the Fort Lauderdale NAACP, omitted? 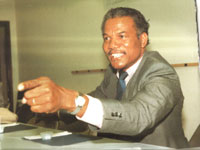 Why was Levi Henry, Jr.  – founder of the community’s historic Black newspaper omitted??  Why was Dr. Calvin Shirley, a physician at Historic Provident Hospital and an iconic doctor in our community, omitted??  Why was Raymond Christie, the first Black licensed general contractor in Fort Lauderdale, omitted?  The list could go on and on, but these are just a few of the pioneers that paved the way and helped to make the rich history of our great Sistrunk Community.

Others may not share the love of our community as we do and that’s ok, but no one can erase its history!!!