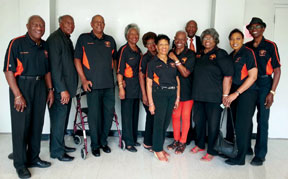 John D. Glover, president and CEO of the BTW High School Foundation, Inc., (the Foundation)  announced the award of 20 scholarships and grants, valued at $34,000 during the school’s annual awards ceremony on May 17, 2016.

by James and Elsa Hunt.

In addition, the Foundation awarded a $6,000 grant in sup-port of the BTW After School and Saturday Academy. A $500 grant was awarded to the Teacher of the Year for reading text books.

The event was the foundation’s 13th consecutive year of scholarships and grants awarded to the school.

Conagra Brands, Inc., a Milton, Pa. establishment, is recalling approximately 2,871 pounds of chicken and rice products due to misbranding and undeclared allergens, the U.S. Department of Agriculture’s Food Safety and Inspection Service (FSIS) announced today. The products may contain milk and wheat, known allergens, which are not declared on the product label. […]