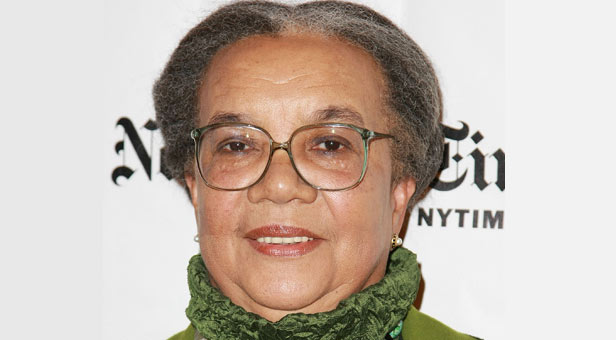 Some children cheer when schools close for winter storms, but there are hungry children in America right now for whom another snow day meant another day without access to school breakfast or lunch. Despite criticism, some big city mayors have kept schools open on snowy days this winter so children would not go without food. These same children suffer over the weekends. While some schools have food pantries and send children home on the weekends with backpacks filled with food, it is still far, far from enough and only a drop in the bucket of need. Schools report students who arrive hungry on Monday morning or cry when they miss the bus or it’s late because that means they’ve missed breakfast.

The record 16.1 million children living in poverty, including more than seven million living in extreme poverty, leaves millions of children suffering from hunger in our nation, which has the world’s largest GDP. In 2012, more than one in nine children in the United States lived in households where children were food insecure, meaning they lacked consistent access to adequate food; more than one in five children – 15.9 million – lived in households where either children or adults or both were food insecure. In some families, hunger compounds other crises, making them even worse.

Children’s physical health and brain development depend on access to nutritious food, especially in the earliest years of life. Hunger and malnutrition have devastating consequences for children. Federal nutrition programs continue to be a critical support to ensure children’s daily nutritional needs are met: they put food on children’s plates, help build healthy minds and bodies, and help lift families out of poverty.

A recent study found that needy children who received food assistance before age five were in better health as adults. Food programs are particularly crucial for younger children, as they are more likely to be in poor health, experience developmental delays, and be food insecure when their families’ food benefits are reduced or ended. These programs work. Yet they are not reaching every child in need.

Supplemental Nutrition Assistance Program (SNAP) benefits, which serve over 22 million children – more than one in four children in America – were cut in the recent farm bill by $8.6 billion over 10 years. An estimated 850,000 households, including 1.7 million people, will see a reduction on average of $90 a month in their food assistance. This cut comes on top of the substantial across-the-board benefit reduction that took effect in November 2013 and affected all SNAP households.

These cuts are morally offensive and economically indefensible, especially when so many non-needy farmers and others will continue to get agricultural welfare subsidies. SNAP is the only defense against the wolves of hunger for 1.2 million households with children who had no cash income other than SNAP in an average month in FY 2011; FY 2012 is expected to show an increase. It is shameful that Congress continues to treat poor Americans like second class citizens by cutting supports they desperately need.

Like SNAP, the school lunch, breakfast, and summer feeding programs, which provide meals to children in school and during the long hot summer months, are crucial and effective anti-poverty investments that help combat child hunger. They also play a vital role in ensuring children are fed and able to succeed in the classroom. In one study, children who were food insecure in kindergarten saw a 13 percent drop in their reading and math test scores by the third grade compared to their food-secure peers. In FY2012, more than 21 million children received free or reduced-price lunch through the National School Lunch Program and nearly 11 million children received free and reduced price breakfast.

When school is out, though, it’s a different story.

The long summer break can be the worst time of all for our young as hunger does not take a summer vacation. The Children’s Defense Fund’s latest report shows only 10 percent of the number of children who relied on free or reduced-price lunch during the school year received meals through the Summer Food Service Program. Despite the fact that it is 100 percent federally-funded and has the potential to create local jobs for cafeteria workers, bus drivers, and others, too many states and communities drag their feet, create mindless bureaucratic hurdles, and make it as difficult as possible to get resources to serve meals to hungry children during the summer. I have never understood why and it should be stopped.

There should be no hungry people – especially no hungry children – in any community in rich America.

Taking care of needs of students without insurance

Taking care of needs of students without insurance
[…]

The courage and vision of Medgar Evers

Where our paths seem blanketed by throngs of oppression and riddled by pangs of despair, we ask for your guidance toward the light of deliverance, and that the visions of those that came before us and dreamed of this day, that we recognize that their visions still inspire us.” —Myrlie Evers-Williams, 2013 Presidential Inaugural Invocation
[…]

It is time to act to protect children against gun violence

After all, for most parents protecting their children is a primal and primary instinct. This is just one reason this tragedy, which happened in school—a place where tens of mil-lions of parents send their children every single day and need to trust they will be safe, has instilled so much horror and despair.
[…]