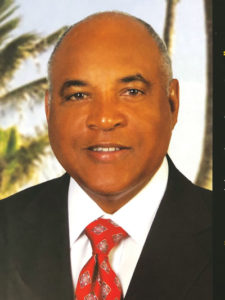 Joe has left us for greener pastures, bluer skies, and pristine waters to rest in the lushness of eternal comfort.

Among his fishing partners will now be the two brothers, Simon called Peter and his brother Andrew, Richard Pringle, Alphonso, and Sonny Porter, Carolyn’s cousin James. Joe won’t be with us when we go to Lake Okeechobee to catch Specs; he‘ll be fishing the ‘big waters’ in the 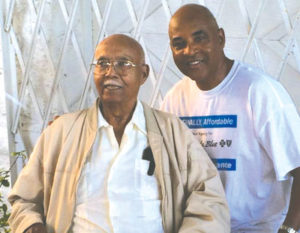 Yes, we will miss him in the woods and on the water.

A great outdoorsman leaves the woods better than what he found them. The lessons he learns no matter the difficulty, he passes on to 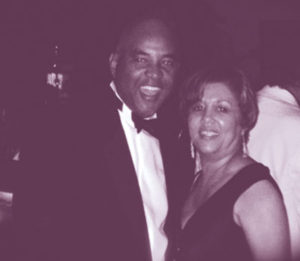 those he loves in sometimes painful ways. 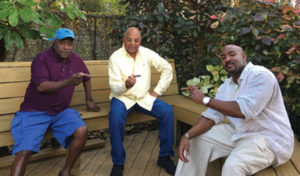 “It’s emotional at times to look through photos. My best memories of my dad will and always be the times we spent hunting and fishing together. I will especially miss him and his brother arguing and competing against each other for the biggest catch, who shot the biggest deer and who shot the most ducks or doves! I will also miss the conversations we had over a nice cigar and the laughs and wisdom he 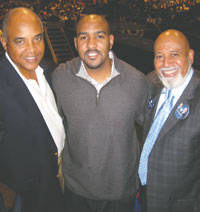 I too, Jo Jo, will miss that. However, do you remember the time when the doves were flying in droves of what seemed like fifty at a time and you raised your shotgun chest high and almost wiped 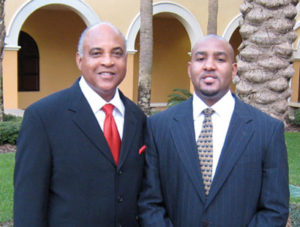 out the entire group? Yeah, we can laugh now but man did your daddy give you a tongue lashing that you would never forget. Yes, Jo Jo that’s what Dads do – teach us and leave us with lasting impressions that will never die.

A great outdoorsman hunts and fishes to feed his family and he shares his bounty with others.

James ‘Bosshog’ Freeman recalls moments of how their fishing group would share more than fish. “Joe and I were fishing and hunting partners; we loved God and family. He 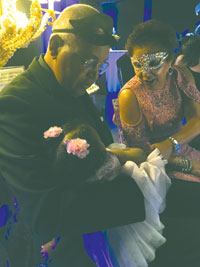 was a family man who knew how to survive. He was a Kappa a man and a minister. We were two of the greatest fly fisherman in the state of Florida. We didn’t have a whole lot of money and learning to Fly fish was costly. There were four of us who chipped in to take a fly fishing and fly tieing class. The trick was only one of us could take the class. Somehow Joe got picked. What he learned he taught us and Joe was teaching and sharing what he learned all his life.” 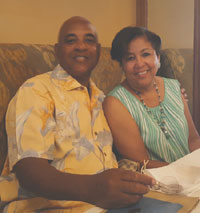 If you want a good neighbor then, you have to be one, so I asked Feirmon Johnson about Joe. “Brother Henry, thanks for asking. Josephus and I lived in the same area of Lauderdale Lakes where he was admired for his love and compassion for this city and what he could do to make it better. He was warm and compassionate and walked the neighborhood with his dog who mostly walked him. Always had time to chat and talk politics. He will be missed in the neighborhood.  His wife Carolyn is a strong, resilient and gracious lady who never missed a beat in meeting his every need.” 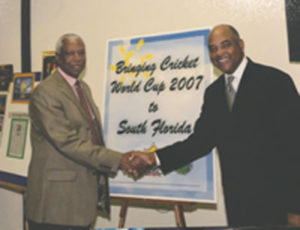 I guess Joe has always been a good politician. Not only did he persuade the fellows into taking the class, he convinced a group of boys to.., well according to his sister, Loretta London who told this story. “One  time Joe and some of the boys were playing marbles and if you know anything about shooting marbles you know you can wear out the knee area of your pants and you can get real dirty because marbles are played in the dirt.” So Joe’s mother was upset because Joe had really messed his pants up bad. “Mommy was mad and would have probably whooped ole Joe really bad. She didn’t beat him but what she did was made Joe put on one of his 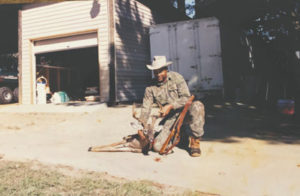 sister’s dresses and go back outside to shoot marbles.” That was the psychological effect that Mama Eggelletion used, which laid the foundation for  Joe being who Joe is – the profound politician. Loretta continued, “Joe got all of the other boys who were out there to put on their sisters’ dresses to shoot marbles.”

Joe has been known to make people shout from some of the highest places way before he got into politics.

“My grandfather climbed the telephone when my uncle was born to announce his birth after having all those girls!! This came from another female relative of Joe’s, his niece, Latoya London. 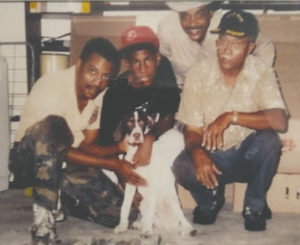 Joe touched a lot of lives and he could fill in where needed without any hesitation. “Joe was brilliant. He conveyed a political and African American insight bar  none. He listened with the intent to give back. ALTHOUGH he had a global perspective in class, Joe could break down info from the state Capitol to the street; one minute later he could talk about hunting and the country. Joe was unwavering about his faith, family, and friends. As a frat brother, once my barber, and my good friend, Joe has ascended to the King,” Guy Wheeler, CEO–Justice for Life

Joe loved to serve and he never complained, where anybody could hear him, just like the rhetorical question: “If the tree in the woods fell and there was no one there to hear it, was there any sound?”

“Josephus Eggelletion was one of our longest serving elected officials and our community mourns  his passing. He was a dedicated husband, father, grandfather, educator, business owner, mentor and friend to many. As I reflect, I will sincerely miss my fraternity brother, mentor and friend. May your soul find peace. Let us reflect on his good works and do our part to lift up others as he did.”—State Representative Bobby Dubose

It’s been said many times, “that the Blacker the college the sweeter the knowledge” and Florida Agriculture and Mechanical University(FAMU) has produced some of the greatest Black minds in the world and Joe was one of them. 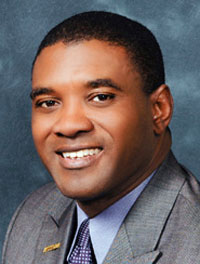 You have to love hard to be committed to serving others when they turn their backs on you and walk away from you. Joe experienced that, but that made him grow that much closer to his God and his family and honest friends.

The beloved community has lost another champion. Joe loved public and Christian service. In his best and worst moments the community and church were always first.  He will be missed. —Congressman Alcee L. Hastings

Love and friendship: when one meets the other, they are forever bound, joined at the hip- inseparable. 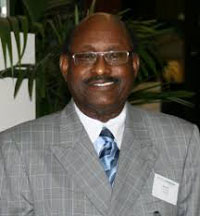 Joe Eggelletion was my friend. He was one of the most effective elected officials in Broward County during the last 40 years. Joe had the unique ability to work across party lines to get things done. He was a dedicated and committed leader who worked diligently to enhance the lives of his constituents and to uplift his people. Joe Eggelletion was my friend! – Dorsey Miller, Jr.

We should want to leave this world better because of what we did to ensure others were treated the way we wanted to be treated. No, we may not have been perfect angels, and we were never asked to be.

My personal involvement with Joe was one that gained my utmost respect. I did not agree with everything that Joe didn’t do, but I did agree with what he did . When you can look a man in his eyes, shake his hand with a firm grip and there is no slack, no blinking no looking away when the question is asked, “Joe, what are you going to do?” and when it was all said and done, he did what he said he would do.

Joe, save a spot for me on that fishing trip.