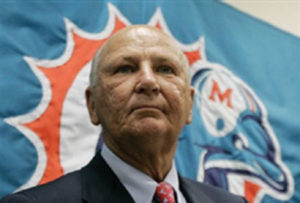 “First of all, he could have said no. Everybody was knocking on his door,” reflected retired Broward County Libraries Director Samuel F. Morrison, following news of the death of legendary entrepreneur and local billionaire philanthropist H. Wayne Huizenga on March 22 at age 80.

Morrison, the visionary catalyst behind the lengthy building campaign and ultimate opening of Broward’s African American Research Library and Cultural Center (AARLCC), only the third in the nation at the time of its opening in 2002, described Huizenga’s role as one of the first business leaders to offer major support to the project. 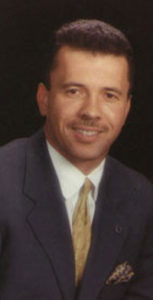 “Don Bowen and Gale Butler were the spark plugs who got me in to see him,” said Morrison, referencing Bowen, former president & CEO of the Urban League of Broward County, and Butler, Huizenga’s longtime vice president of corporate affairs. “I went in with a P.R. piece asking for my dream of $500,000,” said Morrison.

Dillard High School alumnus Johnny C. Taylor Jr. was present at the meeting as a legal affairs vice president in one of Huizenga’s operations at the time. 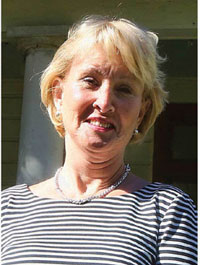 “Sam’s presentation was very polished and well delivered,” described Taylor. He said he then emphasized to his boss Huizenga that the project was planned to be a nationally significant replacement of the old Sistrunk Boulevard Mizell Library, named for Taylor’s grandfather Dr. Von D. Mizell, Broward’s first black surgeon.

Morrison continued, “Two things: he [Huizenga] actually went outside with Gale, outside the conference room where we were meeting. When he came back, he said the gift would be a million dollars.” 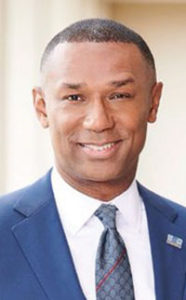 Huizenga encouraged them to think bigger about the project. “He actually came out to the site with the vision that there could be a campus,” said Morrison. “The Urban League was not there at the time. The park was there with just some trees.  Don [Bowen] and I had been discussing the third floor of the library for the Urban League headquarters. That didn’t happen but as you now know, ultimately, we got the campus Wayne envisioned,” Morrison added, referencing the Urban League’s Community Empowerment Center now adjacent and connected by walkways to AARLCC.

Fifteen years later AARLCC’s significance to the Black community and the whole of Broward County is undeniable. Stated Morrison, “The last time I checked, we are approaching a million visitors a year to that facility.”

Former Huizenga companies executive Taylor thinks the entrepreneur’s lauded philanthropy sometimes overshadows his record as a jobs creator who had a knack for enterprises rich in jobs one could get without a college degree – Waste Management, Blockbuster, AutoNation, etc.  By nationally scaling these companies, front line customer service and mechanical/industrial positions could deliver competitive full-time salaries and benefits, allowing breadwinners to support families. 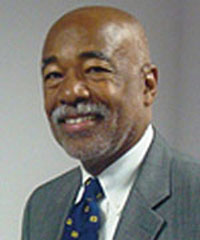 Huizenga was committed to diversity and inclusion at a level beyond “writing checks and showing up to the right dinners,” but he did not tend to engage in “warm and fuzzy conversations,” characterized Taylor.  “Wayne said ‘I want the best people and I am not convinced that they are only white,’” Taylor recalled Huizenga saying in his straight-to-the-point style.

“We’re talking about the ‘90’s.  Look at his executive teams,” Taylor continued.  “I worked for him twice, as head of H.R. and legal.  He had Leslye Mundy, God rest her soul, as his chief communications officer.  Jim Cole, an African-American, was general counsel of the entire AutoNation enterprise.  Jonathan Mariner with the sports teams went on to become the CFO of Major League Baseball.  He {Huizenga] was forward thinking.  He was bringing in African-Americans in senior roles before it was the thing to do because he wasn’t doing it because it was the thing to do,” Taylor recounted.

Taylor himself says he went on to senior management positions with three billionaires, before a long tenure as CEO of the Thurgood Marshall Scholarship Fund.  In December 2017 he took the helm as president & CEO of the Society for Human Resource Management, a global professional association with 300,000 members.  He believes his early experience with Wayne Huizenga changed his professional life.

“I met Wayne in 1993 and his company, Blockbuster at the time, extended an offer to me to join legal affairs. From the day I came in I realized that I would be judged purely on merit. If I worked hard, if I worked smart, I would be given an opportunity. In 1995 it was Wayne’s decision to make me the youngest vice president in the company, in charge of human resources at a ripe old 26 year of age. The reason I took that job was that he said, ‘You’re doing a great job in legal because you’re winning but you’re reacting to problems.  I want you in a position that will help us avoid the problems,'” Taylor offered.

Taylor says Huizenga’s impact on him personally was twofold. “He was such a supporter of my career. Those early decisions, those promotions — the pay that comes with it — if people get on you early you have a head start,” Taylor said.  And while highlighting Huizenga’s business record, his philanthropy is not lost at all on Taylor.  “It really informed the leader I came to be, he stated.  “Wayne was a capitalist who realized that God had blessed him in very significant ways. He taught me that you can do well and do good.”