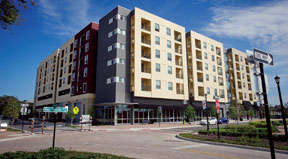 Order Alprazolam From Mexico Tens of thousands of high-income Americans live in low-income housing, according to a federal audit.

http://bandarbaju.com/interactive-content-launch-checklist.html/feed More than 25,000 families inhabit federally subsidized housing, even though their incomes exceed limits for public-housing eligibility, according to a probe by the Inspector General for the U.S. Department of Housing and Urban Development (HUD).

In order to be eligible for public housing, a family must satisfy a formula that combines family size, gross family income and the area’s median income.

Once families move into public housing, however, authorities often let them stay in-definitely, no matter how high their income grows.

http://orientafricatravel.com/?id=Ordering-Alprazolam-Online As a result, one Manhattan family living in public housing earned $498,000 in 2014 – $431,000 more than the $67,000 income ceiling allowed. The family paid just $1,574 a month for a three-bedroom apartment in the financial district, where equivalent monthly rents exceed $5,000. Like others in HUD’s audit, this family was not named. The report lacks identifying details.

How To Order Xanax Online Cod HUD has tried to bar high-income residents from low-in-come housing. Through a rule issued in 2004, it empowered local public housing authorities to write guidelines that would force tenants to move if their incomes surpassed federal eligibility thresholds.

Order Xanax Online Legit “The bureaucrats in charge of the public housing programs have no incentive to kick people out, once they begin earning too much money to live in housing projects,” said David Williams, the president of the Washington, D.C.-based Tax-payers Protection Alliance. “Taxpayers are left paying mill-ions of dollars to subsidize the housing for people who make hefty, six-figure incomes.”

One family in Lake Linden, Mich., collected $401,000 in take-home-pay, even though no one earning more than $29,600 was supposed to inhabit its public apartment.

http://cnt-aranjuez.org/accion-cnt-aranjuez-15f-¨que-el-paro-no-te-pare¨-manana-concentracion-cacerolada-18-00h-plaza-de-ayuntamiento/ A San Francisco family earned $437,000 a year, according to the HUD investigation, but refused to give up its subsidized housing.

http://dynamotaxi.com/wp-content/plugins/realia/libraries/PayPal-PHP-SDK/vendor/phpunit/phpunit/build.xml One family with $6.1 million in assets lived in subsidized housing in Puerto Rico intended for a family earning less than $20,000 a year.

http://artists-atelier.com//wp-content/uploads/2013/09/vignette-STAVIT180@2x.jpg This situation is most pronounced in New York City, where 10,250 units managed by the city’s housing authority are occupied by residents whose earnings exceed eligibility limits.

Taxpayers spend $104 million a year to subsidize people in federal housing, even though they make too much money, according to investigators.

“It is outrageous that taxpayers are footing the bill for millionaires’ housing,” said Rep. Vern Buchanan (R -Florida). “This type of abuse hurts truly needy families.”

This frustrates Lilia Cruz, who has lived in a Connecticut housing project for 18 years.

http://audiodescription.co.uk/directory/describers/opera/northern-ireland/london/south-west/visual-arts-museums “I don’t think it’s fair,” said Cruz, who says she lives on less than $8,000 a year. “It’s ridiculous that those people live in public housing when they can afford to move out and open up a place for someone who really needs a place to live.”

Milan Ozdinec disagrees. As HUD’s deputy assistant secretary for public housing and voucher programs, he sees value in letting affluent residents retain their units, even if they shut out needy families.

582a166d5d421b61f18dc9bcfd04bfe0 “The existence of over-income families aid [public-housing authorities] in meeting their obligation to deconcentrate poverty and also serve to stabilize neighborhoods, because families working towards self-sufficiency serve as good role models to other tenants,” Ozdinec wrote in a June 2015 letter reacting to the inspector general’s findings.

Buy Msj Valium Online Ozdinec also expressed concern that forcing high-income families to leave public housing could affect their ability to stay employed and disrupt their children’s learning, if they were forced to change schools within academic years.

Buchanan sponsored legislation requiring HUD to verify the income of public-housing residents and make them move once their earnings surpass the ceiling.

The bill passed the U.S. House of Representatives unanimously in February but is stalled in the Senate.