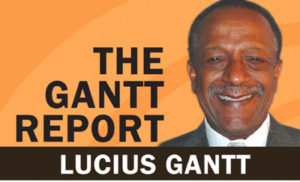 It’s 2019 and more than a few citizens have announced plans to compete for a Presidential victory in the 2020 elections.

And, as always, African Americans will be running …… for their lives!

When considering who the viable candidates are or who will be a candidate, every group of citizens in the United States, except for Black people, have no problem taking their time to consider the candidates and the most important issues facing Americans.

So called Negro leaders can’t wait to endorse somebody, contribute to somebody or volunteer to work on someone’s political campaign.

The hand-picked political boot lickers waste no time in their efforts to tell you which politicians you should love and which candidates seeking to replace President Donald Trump that you should hate.

Most, if not all, Democratic candidates for President will venture into the trap before election day. They may visit trap churches, trap businesses and some may canvass trap neighborhoods and knock on the doors of trap houses!

In a poor neighborhood, more than likely, the young people attend poor schools. If you go to a poor school, chances are your school has poor facilities and possibly poor teachers, if you have poor, or bad, teachers you will usually get a poor education and if you have a poor education you could get a poor job that will only pay you enough money to afford to live in the same poor neighborhood that you grew up in or one that is just as poor!

So, why do many Democratic politicians slip into and out of the trap?

They go to the trap because the trap is headquarters for the trap block vote! Historically, Black voters vote 90% for candidates of one political party or the other. Recently, Blacks in traps have been voting for Democrats but not too long ago Blacks voted for Republicans, like President Eisenhower.

Anyway, all Democratic candidates that announce their intent to run for President will have to face an Uncle Tom or Aunt Jemima litmus test.

Dream Defenders, Black Lives Matter, Hip Hop radio interviewers and others are quick to ask candidates what they will do for Blacks. They ask the candidates what is your “Black Agenda”?

They never ask candidates for President running in a capitalist society about reparations, they never ask what Blacks will the candidates hire or contract to work on their campaigns and the new age Black leaders never ask how much government money will be spent with Black nations around the world compared to the amount of US dollars spent with Israel or Saudi Arabia.

No. The people that you think are so progressive, so informed, so conscious and so intellectual ask candidates to commit to things that no other ethnic group will in-quire about.

The leaders that network news channels say are Black leaders, ask about “holidays’, “street names”, “building names” HCBUs, concerts on the White House lawn and ribbons, badges and other trinkets for Blacks that marched, fought and died to help devils get rich while colonizing, exploiting and op-pressing people around the globe.

Black people need land and money. If candidates are not talking about how Blacks can get more “Benjamins” they are just talking loud and say-ing nothing!

Just because you smoke dope, listened to Tupac and Snoop Dogg, prayed at a Black church or masjid or had your weave done or hair cut by a Black hair stylist it doesn’t mean that you are a good, or bad, Black candidate.

If a candidate visits the trap, or any Black com-munity, and tells you that they are qualified to serve as President of the United States but can’t tell you one Black person that has the education, the resources, the connections and a history of election and political success that is qualified to have a decision making position on their campaign or in their Presidential administration, you should run them out of your neighborhood and if you catch them, you should slap the sheet out of them!

Politics has never been our answer for progress. Black people that live in a capitalist society don’t have many problems that money can’t solve!

Be on the lookout for trap trickeration!

Inside a Trump rally: What are Black Trump supporters thinking?

“Why do you support Trump, given his offensive remarks, his silence on white nationalism, his Bollbacks of Obama-era policies? What makes an African American put on a MAGA hat? What in the world are these Black folk thinking?” […]

“From the tone of the presidential campaign, to where the Klu Klux Klan makes their appearances regularly, to the deportation of hundreds of immigrants, to the ban on Muslims, to the children being separated from their parents at the U.S.-Mexico border—that is where the CBC steps in.” […]