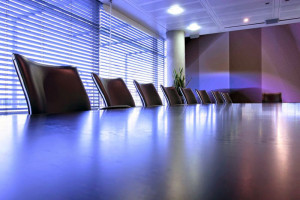 All seats on the Presidential Advisory Council on HIV/AIDS are up for grabs after the Trump administration fired all appointees last week.

The future of the Presidential Advisory Council on HIV/AIDS is unclear.

Six months after several members of the council quit over what they said was President Donald Trump’s lack of compassion for people who suffer from the condition, the White House administration has fired the remaining members.

Patrick Sullivan, an epidemiologist at Emory University who works on HIV testing programs, told the Washington Post on Friday that he received his termination notice earlier in the week. He wasn’t the only one. B. Kaye Hayes, the council’s executive director, said in a statement sent to the publication that the 10 remaining council members were told on Wednesday that their appointments were terminated.

Only Hayes and Caroline Talev, a public health analyst, were listed under members and staff on the PACHA web site as of Friday.

The council was established by an executive order on June 14, 1995, and is a federal advisory committee within the Department of Health and Human Services. Members offer advice and recommendations to the HHS secretary about programs and policies about prevention and care of HIV infection and AIDS.

The Office of the Assistant Secretary for Health published a notice on Dec. 1, 2017, in the Federal Register seeking nominations to the council, which can include up to 25 members. The nominations were due today.

Hayes did not tell the Post when the Trump administration would make new appointments to the council, however.

The members fired last week—many of whom were appointed by President Barack Obama—said that they received no explanation for why their appointments were terminated, according to the Washington Blade. However, they were told they could reapply for their appointments after Tuesday, the publication said.

Scott A. Schoettes, counsel and HIV Project Director at Lambda Legal, and one of the members who quit last year, lambasted the terminations on Twitter. The administration has no respect for their service, he said.

But Hayes told the Blade that it’s not unusual for a new administration to make changes and add new voices to a federal advisory council. Obama, she said, dismissed council members who were appointed by the George W. Bush administration.