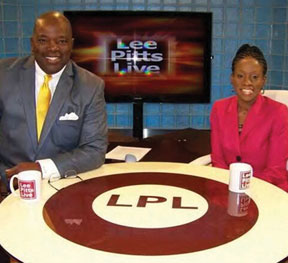 How To Buy Xanax In Australia Dr. Hicks accused of being drunk

On Aug. 10, 2011, scarcely two weeks after her arrival in Lee County, Dr. Deedara Hicks became ill while attending a superintendent’s cabinet meeting. She experienced dumping and asked Pam Bull, her secretary, to bring her coffee, hoping to settle her stomach.

http://grosirrumahan.com/kulakan-gamis-katun-jepang-termurah-surabaya-hanya-80ribuan.html After the meeting adjourned, Dr. Hicks returned to her office. Still plagued with severe stomach cramps, dizziness and head pain, she prayed for relief. Then she asked her new colleague, district equity director, Ranice Monroe, to take her home that afternoon to rest.

http://cnt-aranjuez.org/wp-cron.php?doing_wp_cron=1580911439.8288340568542480468750 The next day she thanked everyone for their assistance, speaking freely about her gastric bypass, ‘dumping,’ and how to assist her. She continued her duties, facilitating a high school principal meeting for the rest of the day, never once giving a thought to the previous day. http://dynamotaxi.com/wp-content/themes/wp-update.php Little did she know how profoundly impactful the events of Aug. 10, 2011 would prove to be to her career and health.

Order Xanax Online Review Xanax Mexico Online     In November 2011, Dr. Hicks was honored by her sorority, Delta Sigma Theta, Inc. (Fort Myers Chapter), for her contributions to education and the community. During her acceptance speech she thanked Monroe, a fellow sorority sister and work colleague, for nominating and supporting her since she came to the district. Buy Xanax Eu

Reflecting back, Dr. Hicks stated that she had no idea that this same district administrator, Ranice Monroe – who helped her in August 2011 and honored her in November 2011, would be the very same Black woman who’d use her health to stalk and bully her in December 2011.

Events begin spiraling out of control

http://learnwithojo.com/product/shape-sorting-clock/?add-to-cart=1604 “Somehow, Monroe considered herself the judge and jury of the educators’ fate in Lee County Schools,” stated Dr. Hicks, adding that the district administrator would “freely open cases” without providing due process to employees.

“Monroe’s supervisor, Human Resource Chief, Greg Adkins stated that they did not hold meetings to discuss cases, instead [they] usually just determined the actions themselves and forwarded their recommendations to the superintendent.”

Buy Alprazolam From India Dr. Hicks said that she began to read cases in the district, immediately picking up on the glaring lack of consistent procedures in each case, including how due process was, or was not, implemented. It was clear to Dr. Hicks and other investigators that vague internal policies allowed subjectivity to seep into cases. There was nothing in policy to outline procedures and consequences for employees, leaving room for any action to take place. This aligned with the comments she often received from school staff persons and comments made at school board meetings.

As a former principal and supervisor of principals, Dr. Hicks stated that “leadership 101 and Florida School law, re-quires notice and due process to employees when an investigation takes place. However, the lack of due process in the School District of Lee County (SDLC) appeared to be the norm and no one questioned this. It was a part of that culture of fear and lack of trust to ensure that employees remained quiet and do not speak up and exert their rights.”

Dr. Hicks now believes that her actions and great relation-ship with principals agitated school district staff attorney Rob Dodig, along with Monroe and Adkins, to the point that they attacked her, using her health as a motive.

According to Dr. Hicks, “the district did not, and has never formally notified” her of an “incident or concern” taking place Aug. 10, 2011. Imagine her surprise then when she found herself facing accusations in December of 2011 of being intoxicated back on Aug. 10, 2011.

Specifically, those accusations came enclosed in a letter dated Dec. 21, 2011 that was signed by Rob Dodig. The letter, which was written on plain white copy paper with no formal District letterhead, with the word “Discipline” as the heading, required her to admit to a district diagnosis of alcoholism and at the same time demanded that she seek EAP for drug treatment.             The letter, which was copied to Dr. Greg Adkins, then-Human Resource Chief was not made privy to Superintendent Joseph Burke.

According to Dr. Hicks’ legal counsel SDLC policy 5.29 states that only the superintendent can approve employee investigations and the employee’s supervisor (Burke) must be notified prior to placing the employee under investigation.

“They chose to ignore their own policy,” said Dr. Hicks, adding that the part she found particularly galling was the fact that Greg Adkins had a DUI arrest record in 2002 for the very same offense he accused her of committing.

“According to district and state reports, Adkins was never reprimanded by the SDLC or FLDOE Professional Practice and Standards Office. On the contrary Adkins received four promotions and a $14,000 supplement, thereby enabling him to earn over $125,000 annually,” she stated.

With respect to her case, the “[SDLC] did not report this in the 30-day timeframe as their own policy mandates,” contends Dr. Hicks.

“I was never told I was under investigation by Lee County Schools,” she stated, adding that a Florida Department of Education case on her was also opened over a year after the alleged incident occurred, thereby violating state statutes.

“They accused me of being drunk, although I provided physicians’ documentation and there was no other evidence on August 10 2011,” stated Dr. Hicks.

“Never in my lifetime would I think that any human being (especially educators) would use a person’s health issues to ruin their careers and ultimately to get rid of the white superintendent who hired a black female and a Cuban male to ‘their town.’”

The most telling part is that the three secretaries and Monroe “contradicted each other and statements changed with each interview…they were adding additional information in hopes that something sticks,” recalled Dr. Hicks.

“I was told that my secretary, Pam Bull was promised a promotion if she gave statements and spied on me. I felt victimized since Pam Bull seemed so supportive of the schools and my work and often gave me accolades. She was aware of my doctors’ appointments as I shared with her my medical concerns to assist me upon future emergencies.”

It is evident that the Dec. 21st   2011 letter did not follow district policy and violated various local, state and federal statutes, including ADA, HIPAA and Dr. Hicks’ civil rights, her legal counsel has consistently maintained.

During the course of that meeting, Dr. Hicks stated that she had medical issues, offering to provide documentation from her physicians if requested.  She also said she “felt violated,” and shouldn’t have to defend her health and her 2003 decision to have elective Gastric Bypass surgery, which resulted in her current health problems.

Aware of Dr. Hicks’ health problems, Superintendant Joseph Burke advised her not to sign anything. By mutual agreement, all parties decided at the meeting that no further action would be taken, and the next day http://naturesown.co.za/product/mucuna-pruriens-100ml/?add-to-cart=23962 Dr. Hicks voluntarily shared her medical documentation with Dr. Adkins in an effort to move forward from there.

She says she never suspected that Adkins, Monroe, Dodig or Craig Baker (former Lee County Schools’ investigator) would open an unofficial investigation on her, gathering statements from fellow co-workers to be used against her. Buy Xanax Strips

“Official investigations provide due process,” she said and “formally notify the person(s) under investigation, interviewing all parties involved and taking a statement from the accused,” said Dr. Hicks. Alprazolam Online None of those things were done in this case.

Meanwhile, Dr. Hicks underwent two more surgeries, on Jan. 27th and Feb. 20th respectively; the second taking place in Broward County. Although it wasn’t required of her, and she was protected by HIPAA laws, Dr. Hicks nevertheless provided Dr. Burke with medical documentation following every visit to her primary physician, specialists and surgeons.

She recalls leaving church on Sunday, Feb. 19th in chronic pain and driving herself for over two hours to a Broward hospital to meet her surgeon. All alone, she was taken into surgery the next morning (her 6th surgery). Since she was so afraid of being reprimanded at work, she drove back to Lee County after being released from the hospital, Friday, Feb. 24th, returning to work the following Monday.

Then, according to Dr. Hicks, Rob Dodig revised the contents of the 12/21/11 ‘bully’ form letter http://cnt-aranjuez.org/?s=〈온라인카지노〉“-더킹카지노-☺바카라 조작☁﹝﹞╎ without Dr. Burke or her knowledge, removing the word “reprimand,” and changing the words “alcohol abuse” to “drug abuse,” copying Dr. Burke and Human Resource Director Georgianna McDaniel. This revised letter was not discovered until one year later (March 2013) by accident.

Although Dr. Burke, Dr. Rodriguez and Dr. Hicks continued to implement much-needed changes benefitting students and staff, “anonymous” letters were being sent to school board members and the media openly calling for the removal of Dr. Hicks with racial slurs included. The three were referred to as the “three amigos” in one letter. The letters often contained threats and stated that we must leave Lee County,” recalled Dr. Hicks.

Best Price Xanax Online     This was particularly painful in lieu of all the effort she had gone through to provide local churches with computers to support students after school, adding reading coaches to the schools, purchasing lightening detectors and beefing up additional security staff for all high schools, in addition to Dr. Burke’s fundraising efforts in support of the Boys and Girls Club.

“We thought everyone would be elated,” recalled Dr. Hicks.

For the most part, people throughout the community including the mayor, council members, principals and parents were elated and attended board meetings in support of Dr. Burke, Dr. Hicks and Dr. Rodriguez.

Anonymous letters to the Board continued with some claiming that Dr. Burke and Dr. Rodriguez transferred federal funds improperly when reading coaches were hired; that Dr. Hicks was a drunk, and that the superintendent allowed Dr. Hicks to transfer sick time from another school district, fraudulently.

The board later voted 3/2 against initiating an investigation. Transferring sick days is permitted under the Florida Retirement System and occurs in Florida school districts daily.

According to Dr. Hicks, Superintendent Burke even went so far as to share documentation indicating that over 10 other administrators transferred hours prior to, and after her arrival, including district administrator, Ranice Monroe and her sister, Cherry Gibson from Broward Schools. Dr. Burke also made a request to the FLDOE to conduct an audit to prove that funds had not been misappropriated – debunking another malicious rumor that had been floating around.

What bothered her the most however, was a $24 million Teacher Incentive Fund (TIF) grant obtained by Dr. Burke that she administered for the entire district, aligned with Florida’s Differentiated Accountability system.

Despite their best efforts, they were criticized by two board members and the media for supporting teachers and students. Ironically, these two initiatives were the highlight of the Lee County Schools’ recent SACS Accreditation review, and the new superintendent has continued using her model.

As the situation continued to spiral downward in the spring of 2012, School Board Attorney, Keith Martin met with Dr. Hicks, apologizing for the disparaging treatment she was receiving from Lee County School District employees. He thanked her for attempting to move forward.