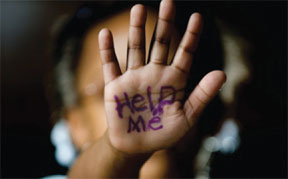 WASHINGTON,D.C. (NNPA) – Black children are twice as likely as Whites to be victims of child abuse,  with 1 in 5 becoming victims of neglect and/or physical, sexual, or emotional abuse, according to a new study..

Official 2011 data from child protective service agencies puts the overall child abuse figure at 1 in 100 children. But the new research places the figure at 1 in 8, with most of it taking place in the early years.

The new study, which appears online in this month’s JAMA Pediatrics, uses the same protective services data (the National Child Abuse and Neglect Data System – or, NCANDS—Child File), but measures it cumulatively, including all children under 18 who have been victimized, up to and including the given year.

“If you have a person abused, say, at age four, and they were four in 2009. In 2014, they would be nine. If you took a yearly approach, you would only include in your measure those who were maltreated this year,” says Hedwig Lee, one of the study’s authors. “We show people who’ve experienced this at least one time before they were 18. It’s an estimate that shows the actual burden of maltreatment in children. If you experience maltreatment at any time, it affects you, so [this method] is a more clear snapshot of the population affected.”

The researchers use NCANDS data from 2004 through 2011, and in that time, nearly 5.7 million children had at least one confirmed case of maltreatment during their lives (80 percent of which stemmed from neglect, as opposed to abuse, according to the study). CPS found that 174,400 Black children had been neglected or abused in 2011 alone (for most of these children, it was the first reported case)

In 2011, white children accounted for 317,900 confirmed maltreatment cases, most of which were first offenses. (There were a total of 670,000 confirmed cases that year).

Put another way, Black children are twice as likely to suffer maltreatment as White children by each of those benchmarks.

“It highlights the importance of thinking about how, in the United States, many disparities that occur…are examples of the ways in which the history of racism can lead to disparate outcomes among groups,” Lee says, pointing out that overwhelmed parents of color are much less likely to have access to support such as comprehensive healthcare, lactation consultants, therapists, nannies, and the like.

“When we think of [the data’s] racial disparities, it’s not necessarily bias among CPS, but more about the large problems of social disparities. In many cases parents are overwhelmed and not receiving enough support. That’s a social and economic problem.”

CPS confirmed cases of abuse or neglect are most likely to occur in infancy and toddlerhood, across race and in both annual and cumulative measures. A more accurate interpretation, according to study co-author, Christopher Wildeman, is that in the case of babies and toddlers, maltreatment is both easier to identify as such, and more likely to be discovered.

“Young children are quite fragile, so maltreatment they experience — whether abuse or neglect — is more noticeable than it would be with older children. If you yank a two year-old by the arm and you yank an eight year-old by the arm, the two year-old could end up with a separated shoulder from the incident, whereas the eight year-old might feel resentful and hurt, but may not present symptoms of an injury,” Wildeman explains. In addition, “folks – whether teachers, physicians, or other folks in the community—are just more attentive to small children, and the folks at CPS are no different.”

“Self-reported rates are higher because to have a case confirmed there has to be enough evidence and there’s a high level of proof,” Lee explains. “There’s going to be discrepancy…[especially if] they’ve never had contact with CPS. Our estimate might be conservative. It’s clear that people may be slipping through the cracks.”

The study does not make recommendations or offer sociological explanations regarding the disparities it highlights, but it does point out that child maltreatment is a serious public health issue. In addition to the moral implications, child maltreatment is associated with higher rates of mortality, obesity, HIV/AIDS infection, and mental health problems.

Children who have been abused or neglected are more likely to engage in criminal activity as teens and/or adults, and five times more likely to attempt suicide. One cited study estimates that the social toll stemming from the effects of child maltreatment costs the United States $124 billion every year.

“The results of this study provide valuable epidemiological information,” the researchers conclude. “Being able to assess the extent and severity of maltreatment across populations and time can inform policies and practices that can be used not only to reduce maltreatment, but also to improve population health and reduce health disparities.”

In public schools in the United States, Black children are twice as likely as white children to be subject to corporal punishment. […]

The worst 10 states in America to raise Black children

All children deserve a good education and an opportunity to fulfill their dreams and reach their goals in life. But for many Black children, finding the support they need in order to become successful in life doesn’t always come easy. In fact, much of it depends on where they live.