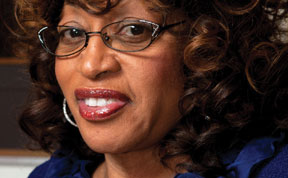 Rep. Corrine Brown of Florida, who has been in Congress for 23 years, lost her primary battle, in late August, in the wake of a federal indictment. Brown was the second Congressional Black Caucus member to lose their seat this year. In late April, Rep. Chaka Fattah (D-Pa.) lost his primary race to State Senator Dwight Evans, 62, months after he was indicted on multiple charges.  Fattah was later convicted of the charges.

Brown lost to a former Florida State Senator Al Lawson, 67. Lawson had previously run for Congress in 2010 against Rep. Allen Boyd and lost. Law-son won 48 percent of the vote to Brown’s 39 percent with a third candidate receiving 13 percent of the vote. Brown and her Chief of Staff Ronnie Sim-mons were both indicted on 24 counts of fraud over an allegedly fake charity set up by Simmons according to the Department of Justice.

The charges around Brown are the fourth time this year that either a Congressional Black Caucus member or a CBC chief of staff has been indicted. On April 5, Rep. John Conyers’ Chief of Staff Cynthia Martin was charged with receiving stolen property after an employee with the NFIB mistakenly began depositing money into her Congressional Federal Credit Union bank account in the sum of $13,000 as a result of writing down the wrong account number.  Prosecutors claimed that Martin refused to return the money. She later resigned as Conyer’s Chief of Staff over the incident. On August 6, Isaac Lanier Avant, the chief of staff to Rep. Bennie Thompson (D-MS) was charged with allegedly failing to file federal tax returns for five consecutive years.

Brown and Fattah’s defeats are not the first time two Black members of Congress have lost in the same calendar year.

Davis was elected to serve as Board Chair for the Urban League of Broward County (ULBC), furthering his legacy as a proponent for social and economic equality, in South Florida’s African American community. […]

Report: Incarceration shows little to no effect on crime

Report: Incarceration shows little to no effect on crime
[…]