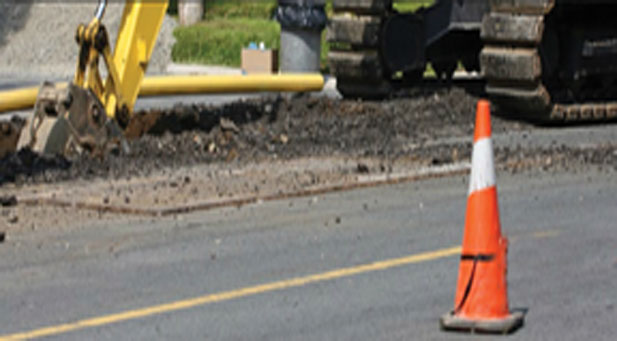 There is a special meeting planned for Oct. 23 at 7 p.m. in response to business owners coming before the Commission telling of loss of parking, customers and business.

Old Pompano business owners on and around Flagler Avenue estimate they are experiencing a more than 50 percent drop in business since streetscape construction, still unfinished, began six months ago.

An especially unique group the Old Pompano merchants are African American, Hispanic and Haitian representing more than 15 businesses within one area. It is an enclave of historic proportions not seen in South Florida since the heyday of Miami’s Overtown and Fort Lauderdale’s Sistrunk Boulevard. The big difference is they are still in business.

The 5,000 square foot land-mark Ward City Discount Store in business at the same location since 1950 is currently owned for 10 years by Victor Zolar and Celia Garay, who park blocks away to make sure the two remaining parking spaces are left empty for customers.

Cumbersome to navigate customers approaching Wards from the east must bypass the store, go around, cross the rail-road to Hammondville Rd., make a u-turn and come back to park in the front of Wards.

“People come into our store who shopped here with their family 50 years ago but our business has been hurt tremendously since construction began,” says Garay. “Everything has come down. We’ve lost a lot of customers who come now once and a while. They say it’s hard to park and they will go elsewhere. If the customer comes east they have to go back, make a u-turn and come around to get in.”

Horacio Danovich, CRA streetscape improvements engineer says people haven’t ever obeyed the Florida traffic laws of not crossing the two double yellow lines on Northeast Third Street. “We made it in compliance to street traffic codes,” says Danovich. “Parking at Northeast Second and Third Streets on the east side of Flagler were side spaces that were already illegal.

“Northeast Third Street is a two lane roadway with a double yellow line, always has been. You can’t violate traffic laws to cross double yellow lines. What is being confused is that the area is still under construction. Yes, people coming from the east have to come around First or Second Streets or Flagler Avenue to pull up in the front of Wards City Discount store. It is very common and it was like that before.”

Deloris Bullard owner of Cal’s Beauty Salon in business at the same location for 30 years and wants CRA officials to respect the fact businesses along the corridor are doing well and deserve the same consideration as the proposed café businesses the CRA hopes the revamped area will attract. “I am against loss of business,” says Bullard. “We’re talking about green right now, money. We are losing our money and we haven’t asked the city for single dime.

“The changes they say are for an outdoor café atmosphere that might come here, but we are already here and doing steady successful business. What will we have for our children if they continue to push us out and ignore us? It’s like we don’t exist.”

Danovich describes the avail-able parking and disputes there is less parking. “It is not true parking spaces have decreased from 100 to 25 spaces once construction is finished. The portion of the west side of Flagler Avenue is owned by Florida East Coast, (FEC), Railroad.

“Once we lost the west side the idea was to create an area that is better. Behind Cal’s Beauty Salon we will have 15 parking spaces. On the north side of Pompano Supermarket 26 parking spaces, in addition we leased First Baptist Church parking lot for 129 parking spaces to cater to the community and businesses in the area.”

Business owners in and a-round Flagler Avenue say the CRA did not inform them of their construction plans before April. Once construction started business owners went to the CRA meeting to discuss the situation. CRA Co-Directors Kim Briesemeister and Chris Brown as well as Horacio Danovich, streetscape improvements engineer attended.

“At that first meeting they were very disrespectful and rude to tax payers,” says Louis Roberson of Chicken Box and More in business for two years.

“They tore up the street and threw dirt in our face. Right in front of my restaurant and Dr. Pettis’ building is dirt. We’ve lost a lot of customers. Customers who came every day, I haven’t seen in months. Not only that. They didn’t consider the elderly and handicap while they are doing construction.

“We were doing pretty well before. At the CRA meeting Mr. Horacio Danovich was so rude. He told us we weren’t the only ones on the block. It’s like so what we tore up the street get over it,” Roberson says.

“Danovich told me your business isn’t the only business on the block Deloris,” Bullard said.

“They don’t care about us,” says Garay of their first meeting with CRA officials. “Since they started construction we see them every two weeks before that never. They say we’re here for you give us a call we will come and try to help you. They don’t care about the people they only care about what they are doing.

At the meeting they were very rude. They were arrogant. They didn’t like anyone of us. So we went straight to the com-mission.”

Danovich acknowledges the rift. “I am very passionate about the work we do,” says Danovich, “and I understand they are passionate about their community as well. It begins with respect of other people. I am only one pawn in the whole scheme of the process. I follow orders and provide recommendations to my bosses and the commission.”

With community, CRA Board, Commission and NW CRA Advisory Board’s comments and suggestions designers built the first complete schematic plans Dec. 17, 2011 and presented to the CRA Board on January 2012 which led to another public meeting Feb. 16, 2012.

“That meeting was attended by NW CRA Advisory Commit-tee and Ms. Bullard was present,” Danovich says. “The de-sign schematic contained the updates and these are the same set of plans that are being implemented now.

“It’s a misconception. Local businesses, merchants and the community attended. It was facilitated by the late Carlton Moore and Floyd Johnson. That was the final time when the plan changed to adjust to all the comments we received from everyone. On May 7, 2012 we submitted another project up-date to the CRA board.

“Ever since there have been 20 meetings where the NW CRA were brought updates, I have all these dates marked on my calendar and we have it recorded. Maybe they didn’t understand the plans but we have reached out to them far more than the norm because the norm is twice.  We have put these plans before the public 14 times plus the 20 project updates. Each time the plans are always available for questions and or if you want to come in to discuss it with us,” Danovich adds.

Claudette Tafe and her daughter own Premier Cleaners at Ward City for 27 years. Six months ago they moved from their location on Third Street around the corner to Flagler Avenue for increased visibility and business facing Dixie Highway. They too had no visits from CRA officials before the start of street construction. Nor any community redevelopment funds to help with their move to a newer location.

“Before they started digging up the street the CRA people never came around,” says Tafe. “We moved our business around the corner facing Dixie which is much busier but as soon as we moved they started construction and took all the parking spaces. My customers just come to drop off their clothes but they can’t even do that. Our business is suffering. So much politics involved. This is not working.”

“I have sympathy for the loss of business,” Danovich says. “Once it’s done it will get better and better. We anticipate completion the end of January and business will be much less inconvenienced.”

EDSA Landscape and Architecture firm will make the presentation at Thursday’s meeting.

“It’s going to be prettier than pretty. It’s going to be very beautiful”, says Danovich. “I’ve gone through a hundred projects in my career and I take them very seriously and work very hard to make sure contractors don’t charge more than they should. We don’t settle for a project that will not win an award and I don’t see Downtown Pompano being the exception. We will all be very proud. People just have to be patient only a couple of more months.”