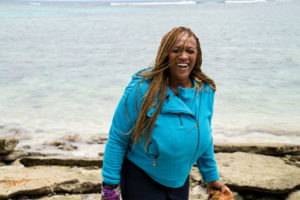 Now Playing Out in Figi

Curiously, “Survivor” did not originate in America. It was derived from the British “Castaway,” (conceived in 1994 and launched in 2000) which became a hit for the British Broadcasting Company (BBC). This initial success was replicated in Sweden with the 1997 “Expedition Robinson (an allusion to the literary classics “Robinson Crusoe” and “Swiss Family Robinson,” two tales of European natives surviving in tropical climates), which predated its 2000 debut in the United States. What we see on primetime has been refurbished with all the production values and bells and whistles of American sensationalism, while keeping the core ingredients that likely keep viewers tuned in for every weekly update: a grouping of individuals who might otherwise not interact in everyday society, and the spectacle of seeing them react under pressure.

http://cnt-aranjuez.org/wp-cron.php?doing_wp_cron=1580913887.4494531154632568359375 The premise of the show is simple enough: divide groups of competitors into two separate “tribes,” place them on an isolated locale, usually a remote island, wherein they must fend for themselves in seeking food and shelter in order to subsist. Periodically these “tribes” are brought together for specific challenges or competitions on the path of determining who is the fittest of the fit. Along the way, this makeshift narrative is enhanced by the participants ability to cooperate, engage, and outwit their compatriots/rivals on the way to a one million dollar cash award as the final “Survivor.”

As one might expect, the assembly of various individuals in a hostile environ leads to internal conflict, manifested in the infamous tribal council ceremonies, in which contestants must account for individual behaviors and indiscretions, with the offending parties being “voted off.”

http://bisnisbajumu.com/tag/grosir-kemeja-anak-murah How Do I Get Prescribed Xanax Online A personal challenge

http://boldmarketing.com/virtual-tours/11540-s-twin-lakes-rd-solon-springs-wi/ A testament to its overall popularity was the competitive process just to apply to appear on the show. Prospective applicants must submit videotapes as a preliminary step before being interviewed. One of those intrigued by this phenomenon was a rising corporate media executive at Times Mirror, which owned the http://learnwithojo.com/product-tag/improves/?add-to-cart=1501 L.A. Times. For Natalie Cole, a self-admitted type “A” personality and natural competitor, the time consuming routine of career progression and raising a family precluded the urge to spread her wings by testing her mettle against other, younger, more viral challengers before a national audience.

Fast forward decades later, children grown and financially solvent, the perks of middle age mean the luxury to reflect and delve into a “bucket list” of fascinating experiences unencumbered by the responsibilities of “the real world.” For Cole, the episode she was about to engage in was not so much a “middle life crisis,” that the opposite gender might undertake in the form of buying a Porsche or acquiring a “trophy wife.” Rather, hers was a continuation of the challenges of climbing the corporate ladder, or launching a private business as a means of “measuring up.”

http://orientafricatravel.com/filestore/slides/sealife_04.jpg “I was attracted to going forward as I wanted to prove to my-self that I haven’t “aged-out”; that I could do whatever the 20 somethings could do,” she declares.

Abetted solely by the assistance of an offspring with the technical expertise often lacking by contemporaries of her generation, she produced a video “self portrait” to serve as entry in the selection process. A subsequent “audition” before Executive producer/host Jeff Probst had Natalie Cole calmly declaring that she would be standing before as the last (wo)man standing.

“I set goals, gather information and resources to support my goals, visualize myself achieving my goals, and then go after them,” she says of the process that enabled her to reach the apex of the hierarchy of a major newspaper, and establish a successful periodical in the ranks of the Black publishing industry. (Stay connected for Part III in next week edition.)

http://bandarbaju.com/?/ Now Playing out in Figi  By Gregg Reese Professional researchers spend millions (billions?) of dollars assembling focus groups, market research, and other forms of evaluation methods to determine how to capture the attention (and discretionary […]