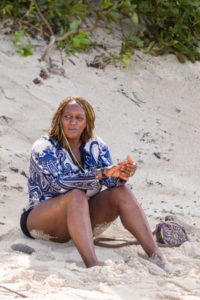 Now Playing out in Figi

Professional researchers spend millions (billions?) of dollars assembling focus groups, market research, and other forms of evaluation methods to determine how to capture the attention (and discretionary income) of the American consumer. In spite of all the academic disciplines applied in these endeavors, the final answer in determining what really sells remains an elusive quantity. For want of any other concrete conclusion, it may safely be said that an overriding motivation is economics.

Even in high-revenue industries such film and television, the issue of finance and production expenses remains a real and compelling issue.

Thusly, periodically segments of the process who feel not adequately compensated rattle the cage for a bigger slice of the pie. Examples of this include the 1988 writer’s strike, which led to the cancellation of several popular prime time shows and shrank audiences as a whole, and the prospect of another strike at the millennium, which led studio bigwigs to seek out alternative viewing fare. This may be a contributing factor in the rise of reality shows, notable “Survivor,” one of the most popular in broadcast history.

For network producers, the appeal of these shows is elementary. Ever conscious of overhead and extraneous expenses that swell the bottom line, the prospect of a prime time entry without all the hassles of high priced (and temperamental) theatrical stars and writing staff is especially compelling for entertainment executives desperate for an edge in the pressure cooker ratings war.  Stay connected for Part II next’s edition.