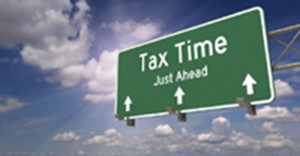 For many consumers, the New Year brings an annual effort to file taxes early enough to help pay off big bills, replace major appliances or tuck away a few bucks for the proverbial ‘rainy day’.

With a continuing federal shutdown, this year there are also an estimated 800,000 federal workers who have not had a payday since December.

For these consumers, an early tax refund could cover basic living needs like housing, food, child care and utilities.

And across the country, advertising – particularly on urban radio – tempts listeners with easy ways to get a loan against anticipated tax refunds. But just like other predatory lending products, what is advertised is not quite what consumers receive.

Convenient tax-related loans almost always come with a price that takes a big bite out of consumers’ money.

The bigger the refund, the more attentive and helpful “tax preparers” will be in helping with e-filing, the electronic processing that typically results in refunds in two to three business days. Once the size of the refund is known, these preparers encourage unsuspecting consumers to take out a short-term loan like a Refund Anticipation Loan (RAL). Depository institutions like banks sell a ‘service’ known as a Refund Anticipating Check (RAC) that is most appealing to consumers who lack a bank account.

Neither product is as helpful as they appear. RALs are usually marketed as an ‘advance’ instead of a loan. Instead of interest, many of these loans come with “fees” or a “finance charge.”

Conversely, a Refund Anticipation Check or RAC is sold as a temporary bank account that exists exclusively to receive the IRS refund. Once the refund reaches the consumer’s bank account, either a prepaid card or a check is issued by the depository institution.

And once again, fees taken out of the refund reduce the amount of monies that consumers receive.

The biggest target for both products is consumers with the largest refunds, especially those who are eligible for the Earned Income Tax Credits (EITCs), one of the few tax break programs available to low-to-moderate income consumers, and/or the Additional Child Tax Credit.

To be eligible for EITC, earned income and adjusted gross income can be as low as $15,270 for a single filer or head of household to as high as $54,884 for a married couple with three dependent children. This year, eligible EITC consumers could receive as much as $6,431 for families with three or more qualifying children to $519 for single filers.

Similarly, the Child Tax Credit is available to eligible filers with children under the age of 17. For each dependent child meeting the age requirement, filers receive a $2,000 credit that like EITC reduces the amount of taxes owed.

In 2017, 1.7 million RALs were sold, and another 20.5 million RACs valued at a half billion dollars were also sold, according to the National Consumer Law Center (NCLC).

“Tax-time is hard enough for most Americans, but they also face consumer protection challenges,” noted Chi Chi Wu, staff attorney at the National Consumer Law Center. “They need to avoid incompetent and abusive preparers and decide whether to choose financial products of varying costs.”

So how much financial sense does it make to purchase an ‘advance’ or open a temporary bank account when the Internal Revenue Service can deposit the full refund into a checking account within two to three business days?

Just because a refund-advance product isn’t called a loan, or doesn’t have an interest rate, doesn’t mean it’s free, said Scott Astrada, the Center for Responsible Lending’s Director of Federal Advocacy. “Carefully read the terms and conditions and ask plenty of questions”.

Everyone who works for a living should be entitled not only to a paycheck but 100 percent of their tax refunds.

This is why Republicans continue to lose the Black vote

This is why Republicans continue to lose the Black vote
[…]

A push to address Black-on-Black violence
[…]

Recently Jabbar auctioned off his championship rings, MVP and All-Star trophies and other rare items to benefit Jabbar’s Skyhook Foundation, whose mission per Jabbar, is to “give kids a shot that can’t be blocked.” […]